Ranveer Singh Says Padmavati Is His 'Biggest Challenge As An Actor' 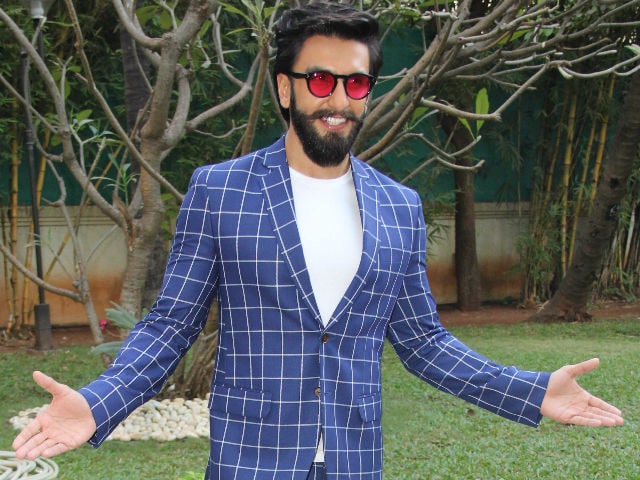 Bollywood actor Ranveer Singh's latest film Befikre hit the screens on December 9 and received lukewarm response from critics and audience alike. But nothing can dampen Ranveer Singh's spirit and enthusiasm for work, who is all set to start working on his role in Sanjay Leela Bhansali's Padmavati co-starring Deepika Padukone and Shahid Kapoor. The 31-year-old actor, who is currently on a Christmas break, told news agency PTI that he is at a nascent stage of understanding his character - Alauddin Khilji - thought it's a physically, emotionally, mentally very draining role. Ranveer plays medieval-era Delhi ruler, who fell in love with queen Padmavati - played by Deepika.
"It's very difficult. It's physically, emotionally, mentally very draining. It's my biggest challenge yet as an actor. I prepared very hard for it, almost a month. We have started shooting and Bhansali is pretty happy with the way things have shaped up," Ranveer told PTI.
Ranveer and Deepika have teamed up for the third time with Mr Bhansali after their hit films Ram Leela and Bajirao Mastani. However, Shahid Kapoor, who plays Deepika's husband Ratan Singh, is the new variable in the Bhansali-Ranveer-Deepika hit formula.
Ranveer says it is extremely difficult to fit into the shoes of his role in Padmavati and hopes to do justice to the role, which he considers as a once-in-a-lifetime opportunity. "I am excited to get back into it after the Christmas break. It's something I am still grappling with, still exploring, still discovering the character. I am at a very nascent stage of discovering this layered character. It's a part of a lifetime and I hope I can do justice to it," Ranveer said.
"This time (for Padmavati) I didn't have a hotel room but had the whole apartment to myself. I actually had more time for this character than I had for Bajirao. For Bajirao, I had around 18 days, this time I had around 21," Ranveer said.
Ranveer Singh debuted as street smart college student in Band Bajaa Baaraat and took up challenging roles like Lootera while keeping up with masala films like Gunday and Dil Dhadakne Do.
Ranveer Singh's Padmavati is set to release on November 17 next year.
(With inputs from PTI)