Ranveer Singh Settles the Question of Who Deepika Looks 'Hotter' With 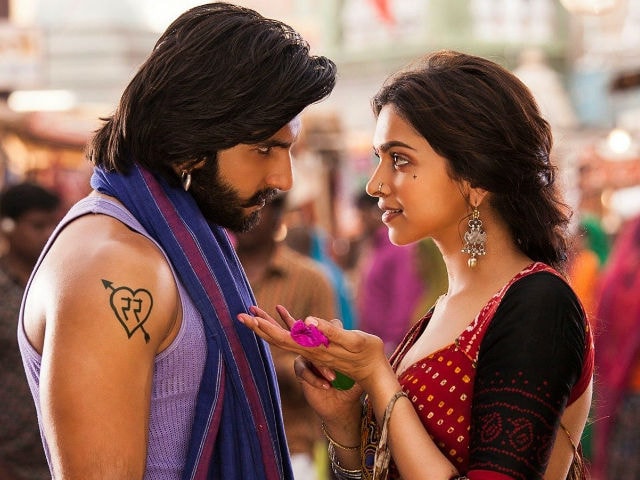 Ranveer Singh and Deepika Padukone in a still from Ram Leela.

Ranveer Singh feels actress Deepika Padukone looks hotter with him than her former beau Ranbir Kapoor. Deepika's onscreen chemistry with both Ranbir and Ranveer enjoys a separate fan following.
Recently, at a promotional event of Tamasha when filmmaker Karan Johar asked Deepika who she thinks she looks 'hotter' with onscreen - Ranbir or Ranveer - she chose not to name anyone. (Also Read: When Ranveer Singh Could Not Take His 'Eyes Off' Deewani Deepika)
When Ranveer was asked the same question, he said: "Obviously me. Yeh koi sawal hua (Is this even a question?)."
On being asked at a promotional event of Bajirao Mastani if he loves Deepika in real life too, Ranveer said: "Bajirao and Mastani were real individuals, who were in love. We are playing out their story onscreen."
Ranveer and Deepika reportedly started dating after they featured in 2013 film Ram Leela, but they have chosen not to comment on it directly. (Also Read: Deepika Padukone, Ranveer Singh's Aashiqui at the Airport)
Deepika, 29, has teamed up with Ranbir, 33, for Imtiaz Ali's Tamasha.v An online survey had claimed that Ranbir-Deepika would be the industry's next Shah Rukh Khan-Kajol, considered as one of Bollywood's most iconic onscreen couples. (Also Read: Deepika-Ranbir's Chemistry in Tamasha Made Katrina 'Insecure'? No, Says Rep)
Ranveer, however, does not find the comparison between the two couples "right".
"Shah Rukh and Kajol are Shah Rukh Khan and Kajol while Ranbir and Deepika are Ranbir and Deepika. Each pairing has its own charm, appeal and its own legacy. I don't think it is right to compare the actors or pairing of actors," he said.