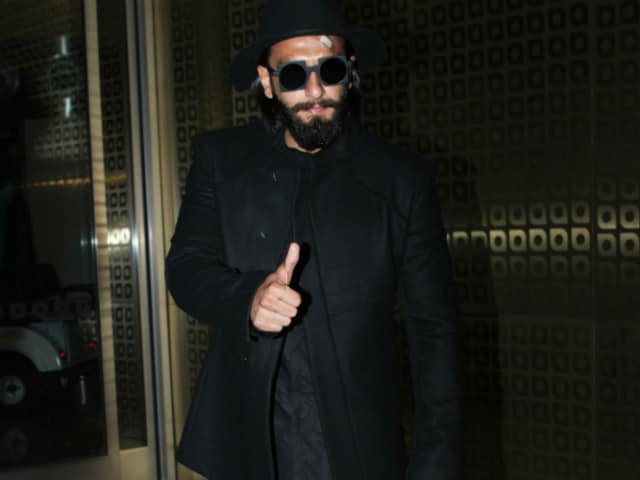 Ranveer Singh photographed at the airport

Ranveer Singh recently suffered a head injury on the sets of Padmavati in Mumbai but soon resumed shooting to wrap up the day's schedule. The 31-year-old actor is currently on a break from the film's schedule and has already flown out from Mumbai for London. Ranveer is known to be a sports enthusiast and his vacation roster includes tickets to the UEFA Champions League and the India-Pakistan Champions Trophy match. Ranveer Singh's break is a well-planned one to not disrupt the filming sessions of Padmavati. Sanjay Leela Bhansali directs Ranveer along with Deepika Padukone and Shahid in the ambitious period piece.
Ranveer Singh's spokesperson shared the details of his vacation itinerary, saying: "Ranveer has been totally focused on giving his all to play Khilji. Now that he has some time off, he will catch up on the Real Madrid vs Juventus UEFA Champions League match on June 3 and the India- Pakistan cricket match on June 4 in Birmingham. He always finds watching sports rejuvenating. He will take it somewhat easy for the next few days." 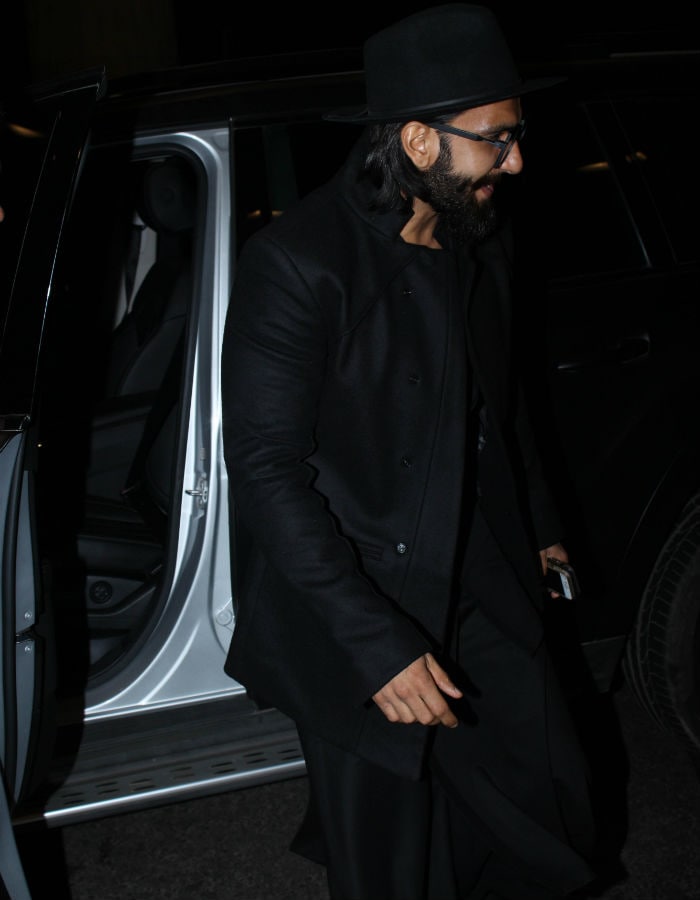 Ranveer Singh photographed at the airport

On Thursday, Ranveer was rushed to the Lilavati Hospital where he got stitches after his head injury. He was initially treated with first aid on the sets, where he returned soon after he was checked up at the hospital. A source close to the film's unit told news agency IANS: "Ranveer received initial first aid on the set and was rushed immediately to a nearby hospital for immediate treatment. He completed the basic treatment and returned to the film's set to complete his portions of the shoot. Rather than let his injury slow him down or impact the shoot, Ranveer completed the day's work. He requires stitches on the head." 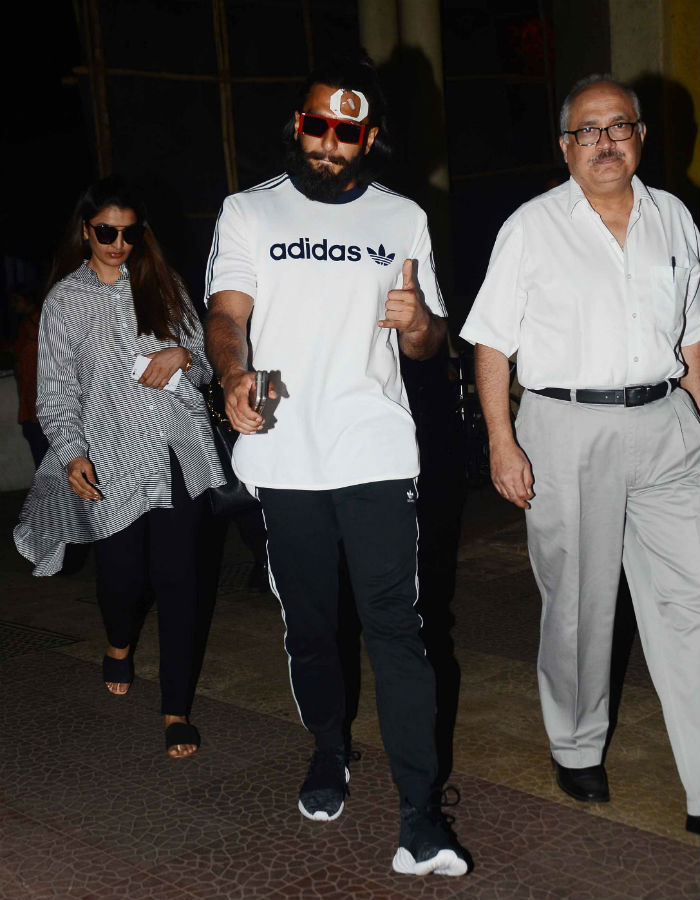 Padmavati is expected to release later this year. Ranveer plays the role of historic conqueror aAauddin Khilji in the film. Deepika is cast in the titular role of Rani Padmavati while Shahid features as her husband, Raja Ratan Singh. Ranveer Singh was last seen in 2016's Befikre.