Ranveer Singh said: "I was a fat kid till I was 14 so female attention is golden for me" 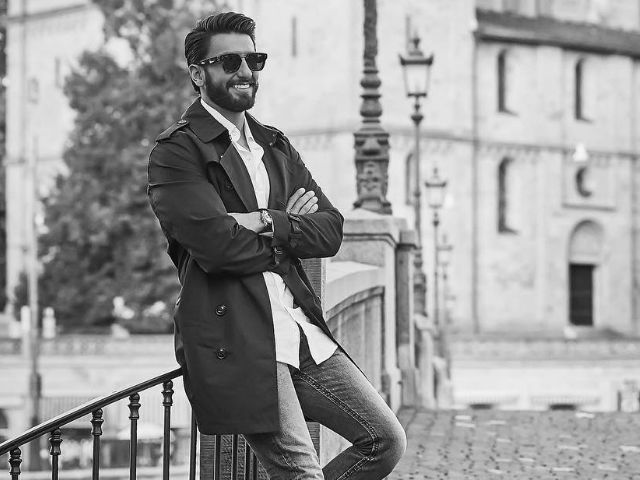 It's poetically apt that Ranveer Singh's new film, releasing next week, is titled Befikre because the 31-year-old star has built an unprecedented reputation for being the most befikre actor in Bollywood. The cult of Ranveer is built around his devil-may-care personality, shored up by his flamboyant personal style and his apparent willingness to play the fool. That's his singular charm and as he tells news agency PTI, Ranveer Singh enjoys every moment of the attention he gets. And do please feel free to swoon over him as much as you like, thank you very much - Ranveer is only too thrilled by his sex symbol status, acquired not only despite the clothes some write off as utterly bizarre but also, according to him, being a formerly 'fat kid.'

That might be surprising, given that in certain scenes in Befikre, Ranveer Singh prances around in his underwear and little else and appears to think nothing of it. "I love female attention. I was a fat kid till I was 14 so female attention is golden for me," Ranveer told news agency PTI in an interview. "Even when you lose weight, you are always fat in your head. For me, female attention is one of the best things ever. I love women and women love me. I love being looked upon as a sex symbol. It is amazing," Ranveer said.
Exactly a year ago last December, Ranveer revealed details of a 'first-hand' experience with the casting couch, telling Shekhar Gupta on NDTV's show Walk The Talk that a male producer had offered access to major production houses in exchange for sexual favours. He said no. To PTI, Ranveer said, "Yes, I have been hit on (by men), propositioned, everything. I am cool with it. It is not my cup of tea and I very politely and respectfully tell them. It has been happening to me for years, even before I was famous. All the more after I became famous but it doesn't surprise me anymore."

The Befikre tag has been a work-in-progress. Ranveer Singh has played roguish characters in films like Band Bajaa Baraat and Ladies vs Ricky Bahl but in life, he is 'the best boyfriend ever' - his own assessment of himself, as revealed on the episode of Koffee With Karan he recently appeared on. This apparently isn't always what he was like. "I was quite the philanderer, promiscuous. Everybody goes through phases. I have had my phase of philandering and promiscuity. You eventually evolve out of that," he told PTI.
Very typical Ranveer talk, this. Ranveer Singh is reportedly dating actress Deepika Padukone, with whom he was pictured at the Ambanis party two weeks ago.
Befikre, which co-stars Vaani Kapoor, is set in Paris and has been directed by Aditya Chopra. Ranveer Singh plays Dharam, a "light-hearted, happy-go-lucky guy, who doesn't take himself too seriously." And despite all evidence to the contrary, Ranveer says this isn't who he really is. Dharam is maybe him from six years ago, he claims.
Befikre releases on December 9.
(With inputs from PTI)