Ranveer Singh Won't 'Give Headlines' by Talking About Deepika 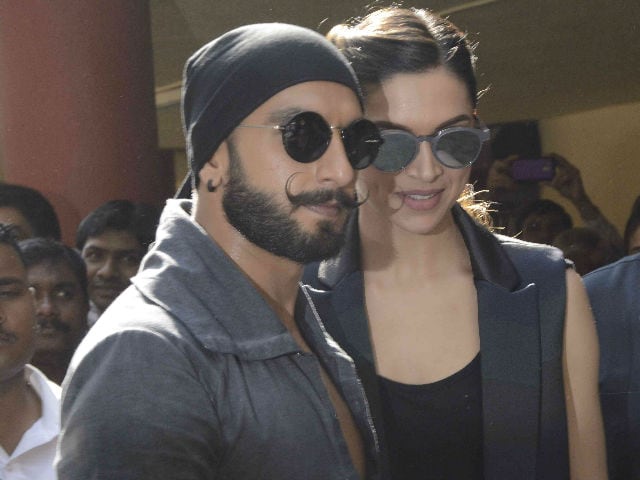 "I am not giving you any headline," said Ranveer Singh, when asked if he and Deepika Padukone have got more close after their onscreen pairing was appreciated for a second time, in Sanjay Leela Bhansali's latest film Bajirao Mastani. They were last seen together onscreen in Mr Bhansali's Ram Leela

Actor Ranveer Singh, who is reportedly dating actress Deepika Padukone, dodged questions related to his Bajirao Mastani co-star.
"I am not giving you any headline," said Ranveer, when asked if the two have got more close after their onscreen pairing was appreciated for a second time, in Sanjay Leela Bhansali's latest period piece. (Also Read: Ranveer Singh Doesn't See a 'Love Triangle Happening' in His Life)
Ranveer and Deepika's pairing was a hit onscreen after the release of Ram Leela, which was also directed by Mr Bhansali in 2013.
In Bajirao Mastani, there is a love triangle between Maratha warrior Peshwa Bajirao I (Ranveer), Mastani (Deepika) and Kashibai (Bajirao's first wife, played by Priyanka).
On love triangles being messy in real life, the 30-year-old actor said, "I myself have been part of love triangle, sometimes at the losing end, and I know how it feels. I have gone through a lot."
Ranveer is elated at the response Bajirao Mastani, which released on December 18, is getting at the box office.