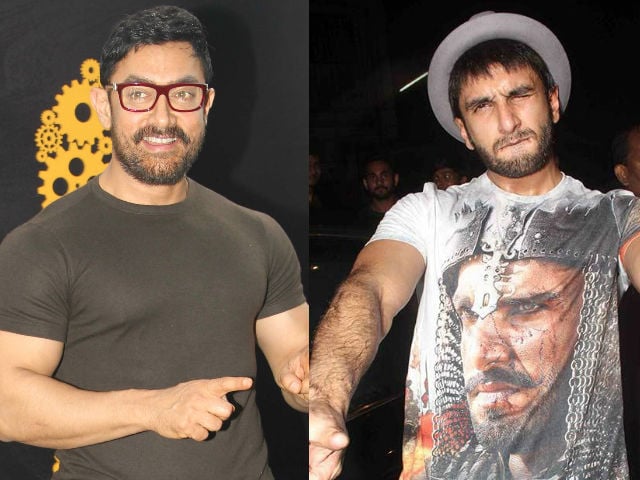 Actor Ranveer Singh is working hard on his body for his upcoming film Befikre - Those Who Dare To Love.
The 30-year-old actor, who is currently shooting the Aditya Chopra-directed film in Paris, is accompanied by his personal trainer Lloyd Stevens. Lloyd shared the Bajirao Mastani actor's new bulked up look:


Think it's plain to see @RanveerOfficial has made some prominent gains #RanveerSingh#Befikre#mondaymotivationpic.twitter.com/Xg4lTbcJEH


2 days to go before I shoot for young Mahaveer.... @avigowarikerpic.twitter.com/RkdmQAV5c0

The 50-year-old actor also shared his look on social media. Aamir sized upto 90 kilos or more to play the older version of Mahavir Phogat. He has lost the extra weight to play the young Mahavir. It took Aamir six months and a rigorous workout regime - which included running and cycling - to get back in shape.
Meanwhile, Ranveer will be seen romancing Vaani Kappor in the movie, which marks Aditya's return as director in seven years. The filmmaker last directed Shah Rukh Khan and Anushka Sharma in Rab Ne Bana Di Jodi.