Ranvir Shorey Refused to Feature in Konkona's Film. Here's Why He Agreed 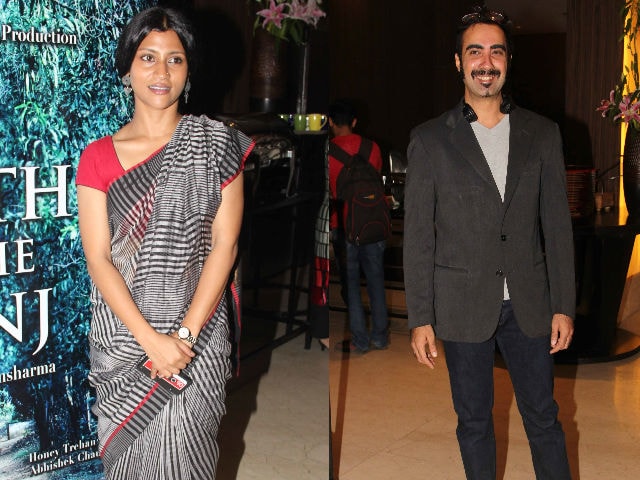 Konkona Sen Sharma and Ranvir Shorey photographed at the launch event of A Death In The Gunj.

Actress Konkona Sen Sharma said that she did not want to be an actress.
Konkona will make her debut as a director with A Death in the Gunj, but she insisted that she had no plans of becoming a director either.
"Honestly, I never wanted to become an actor either. Also, I never thought that I would be a director. But, it's just that this particular story fascinated me for so long. It's a story that's been with me for so long. I didn't think that I would write a script either. But it started getting bigger and bigger. At some point, I thought, 'Oh, so this is how it's going to be like. I have to write and direct it," said Konkona.
A Death In The Gunj also stars Vikrant Massey, Kalki Koechlin, Gulshan Devaiah, Tanuja Mukherjee, Om Puri, Tillotama Shome and Ranvir Shorey.
"I had said no (to be a part of the film) but Konkona insisted. And when someone insists so much, especially when the director is the mother of your child, so you have to agree," said Ranvir, who recently separated from Konkona. (Also Read: Ranvir Shorey Still Believes in the 'Institution of Marriage')
Ranvir, however, said that Konkona is a very tender director.
"I think, as an actress, she is a fabulous one. She understands what actors go through. She is very gentle, almost tender I would say. It is a rare quality in a director. I think, when she had not thought about making the film, I had told her to go ahead and do it because she had a fabulous idea. I didn't know that I would be a part of it," added Ranvir.