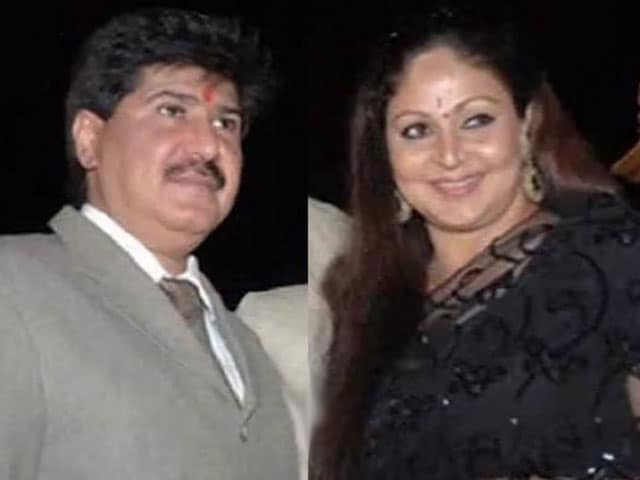 Rati filed a complaint on April 29 alleging that her husband had threatened her with a knife (Image courtesy: mid-day.com)

Anil Virmani's advocates argued, "The police has not taken down Virmani's statement, despite the case having been registered from last 30 days"

Bollywood actress Rati Agnihotri's husband Anil Virmani was granted interim protection in their domestic violence case by sessions court on Thursday.
His advocates Sadanand Shetty and Snehal Khairnar argued, "The police has not taken down Virmani's statement, despite the case having been registered from last 30 days, They have not tried to hear his side of the story even once. Even he should be given a chance to be heard. Also, it's been 30 days since the case has been registered, but they have not even given the FIR copies to the magistrate."
When special women's court Judge Vrushali Joshi asked whether Virmani was still residing with Rati Agnihotri, Shetty said, "They have been staying together from last 30 years, but he is not residing with her since the 2-3 days since the police has been calling Virmani a lot of times to come to police station as they want to arrest him."
Speaking to mid-day Shetty said, "Anil Virmani has been granted interim protection and the next date of the hearing is May 12."
On March 14, actress Rati Agnihotri had filed a complaint with the Worli police accusing her husband, architect Anil Virwani, of domestic violence.
On April 29, the actress had filed a second complaint alleging that her husband had threatened her with a knife.