Addressing a gathering at the launch of Gunjan Jain's book, Shah Rukh, just before reading from a letter he had written for Gunjan, said: "I'm also a struggling writer. I have not been able to take my calling very seriously." 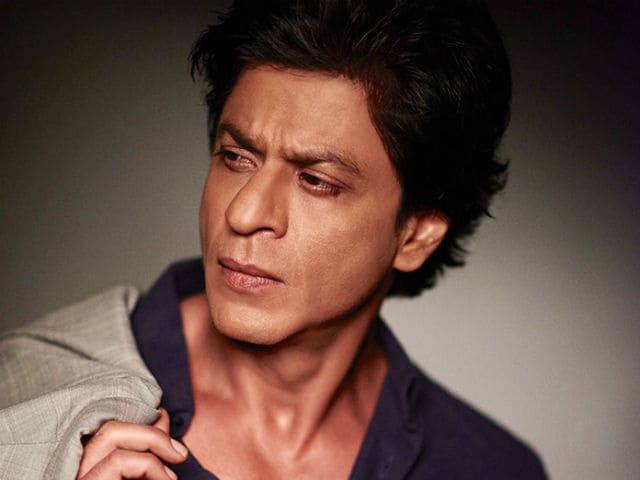 Actor Shah Rukh Khan said that he is a struggling writer, who has not taken his calling very seriously, but wrote a poem, inspired by One Direction's Zayn Malik.
Addressing a gathering at the launch of Gunjan Jain's book, Shah Rukh, just before reading from a letter he had written for Gunjan, said: "I'm also a struggling writer. I have not been able to take my calling very seriously."
While reading the letter, he said, "There was an amazing quote about girls by Zayn Malik that I read. I'd really tried to be with it because of my daughter. So when I met him in London, inspired by his thoughts and his writing, I penned a poem for tonight or at least some rhyming lines that I felt about girls all around the world.
"So his quote was more or less this, I've tried to rhyme it. I hope it works," added Shah Rukh.
Shah Rukh Khan's poem:
"This is for girls who stay up all night, this is for you who is willing to fight.
For hidden fears, hurt, pain and tears, under the smiles, laughs, and giggles we hear.
Let your hair down, straight or curls, you're beautiful because you fight like a girl.
For girls who wear short skirts, and their heart on their sleeve, for girls who know how difficult it is to believe.
The girls who scream and cry to the pillows and tell them their goals, for girls who have a secret, but can't tell a soul.
Let your eyes be your diamonds, make them your pearls, you're beautiful because you fight like a girl.
For girls who have made mistakes and have regrets galore, for girls that may not win, but always get up from the floor.
The girls who take life as comes, the girl who have broken the code, for the girls who hope, that they'll get better somewhere down the road.
Let your steps be a dance and jump and do the swirl, you're beautiful because you fight like a girl.
For the girls who love with all their heart, although sometimes gets broke, to girls who think it's over, to real girls, all girls, who have tears to soak.
You throw, you pick up and fall. But just tell the world I'm beautiful because I fight like a girl."
Shah Rukh Khan's selfie with Zayn Malik from the Asian Awards in London last year had gone viral with Twitter terming it as the most retweeted tweet ever in India at that time. He had also reportedly invited Zayn Malik for a screening of his Fan.
Shah Rukh will be seen next in Raees.
(Except for the headline, this story has not been edited by NDTV staff and is published from a syndicated feed.)