Recognise This Former Heroine? Even Rishi Kapoor Didn't, For a Moment 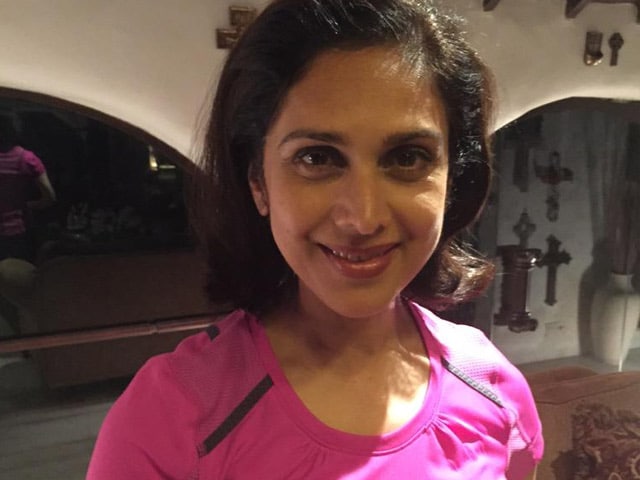 Hint: She has worked with Rishi Kapoor in Damini

All of you who've watched 1993 movie Damini, raise your hands.
Raised your hand? Next question - do you recognize the woman in this picture with Rishi Kapoor?


Any guesses who this is? I didn't recognise her for a moment. What a lovely surprise. Name in 30 mins no hints. pic.twitter.com/RbYfF1l7Wx


99% got it right. Meenakshi Sheshadhari as always whenever in Mumbai pays us a visit unannounced.Looking gorgeous! pic.twitter.com/S7g6uujl0x

More details about the former actress from Mr Kapoor:


Damini,MS,lives happily with hubby Harish Mysore and 2 kids,girl and a boy in Dallas,U.S. Visiting relatives,can work in film if a good role

We're not all that sure about the 'can work in film if good role' statement made so optimistically by Mr Kapoor. Meenakshi Seshadri, in Mumbai for a filmi event, told news agency IANS this just a day ago: "I am not interested in films at this point. I would like to do stage production and dance dramas." (Also Read: Remember Meenakshi Seshadri? She Won't be In Ghayal Sequel, or Any Other Film)
She's not going to be in the Ghayal sequel that Sunny Deol is making, despite starring in the original. There were talks, but nothing materialised. Whatever you have heard so far, it's all just stories and not true," she said.
But never say never. "I didn't work in movies for this long because my kids and family are more important to me. I am thinking that the day my daughter graduates, maybe at that time I will think about something," Ms Seshadri told IANS.
Meenakshi Seshadri, a former beauty queen, was a hugely popular heroine for a brief period in the mid-Eighties to the lateish Nineties. Apart from Damini and Ghayal, she starred in film such as Ganga Jamunaa Saraswati, Hero, Shahenshah and Bees Saal Baad. Her very last film was 1996's Ghatak, opposite Sunny Deol.