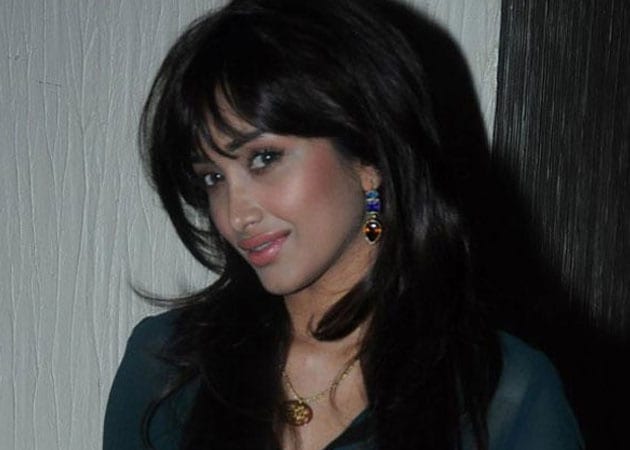 Jiah, known for her role in Nishabd, was found hanging from the ceiling of her Juhu residence on June 3.

The Bombay High Court on Wednesday asked police to carry out further investigations on allegations made by the mother of actress Jiah Khan.

The Bombay High Court on Wednesday asked police to carry out further investigations on allegations made by the mother of actress Jiah Khan in a petition that the latter had been murdered and had not committed suicide.
A bench of Justices S C Dharmadhikari and Gautam Patel asked Juhu police to record the statement of Jiah's mother Rabiya Khan on October 26 at 11 am in the police station.
The judges asked the police to carry out further investigations on the material furnished before the court that the actor had been killed.
Government Pleader K V Saste informed that police was all set to file charge sheet in the trial court within a week. The court did not stop police from filing the charge sheet in the trial court but ordered them to carry out further investigations on the basis of material provided by Jiah's mother indicating that the actor had been murdered.
"If necessary, additional charge sheet can be filed by police on the aspect of murder," the court said while disposing of Rabiya's petition. The pleader said that police had recorded the statement of Rabiya three times earlier. However, the court asked him what was the difficulty in recording yet another statement on the basis of allegation that the actor was murdered. To this, the pleader replied that the police would once again record Rabiya's statement.
To a request made by Rabiya's lawyer Abad Ponda, the court asked police to record her statement on October 26. Rabiya was present in the court today.
Ponda argued that his client wanted truth to prevail. At the moment, she was not pressing for transfer of probe to the CBI as pleaded in the petition. The court, therefore, did not pass any order on Rabiya's plea to transfer investigations to CBI.
Jiah's mother alleged that it has come to light that her daughter may have been killed and made to look as if she committed suicide.
To support her argument, Rabiya annexed to the petition an independent forensic expert's report which indicated this case to be of homicidal death rather than suicide.
Alleging shoddy investigations by police only to help Jiah's boyfriend Suraj Pancholi, Jiah's mother demanded a CBI probe into the case.
Rabiya said "she had strong reasons to suspect that the probe was carried out by police in a manner to look as if it was a suicide."
She alleged that Suraj is son of actor Aditya Pancholi and the family used their clout to "manage" police. The petition alleged that Jiah may have been hanged after being killed. It cited reasons to support this theory.
The petition argued that a person who commits suicide would have his or her eyes popping and tongue protruding out, while in case of Jiah it was not so. Also, in such cases lung or brain hemorrhage is generally noticed but in this case this was not observed.
The petition said that besides ligature marks that occur in death due to hanging, injury marks were noticed on face and body of the actor. An injury was noticed on right side of her lips and a mark on her left arm as if someone had held her tightly.
While police claimed that Jiah had hanged herself with a muslin dupatta, forensic expert Dr R N Jerajani opined that the depth of ligature marks in Jiah's case was difficult to achieve with a soft material.
Dr Jerajani opined that ligature marks on Jiah's neck were not the ones which are usually found on the body of a person who hangs self from a ceiling fan. The possibility of strangulation is not ruled out in this case, he said in the forensic report.
The petition further said that CCTV camera showed Jiah had entered her house a few minutes before she committed suicide. At that time, she was wearing a track suit but her body was discovered in a night gown. Would a person about to commit suicide change her dress, the petition asked?
It said that the ceiling fan was located in between two single beds and it was not possible for Jiah to hang herself without a stool and there was no stool in her house. On June 3, Jiah was found hanging from her ceiling fan in the house. A week later, Suraj was arrested. He was released from jail on July 2 after the Bombay High Court granted him bail.