In a tweet, Farah's former co-star Rishi Kapoor has paid her one of his typically back-handed compliments, describing her as "one of the prettiest heroines and a wonderful actor" 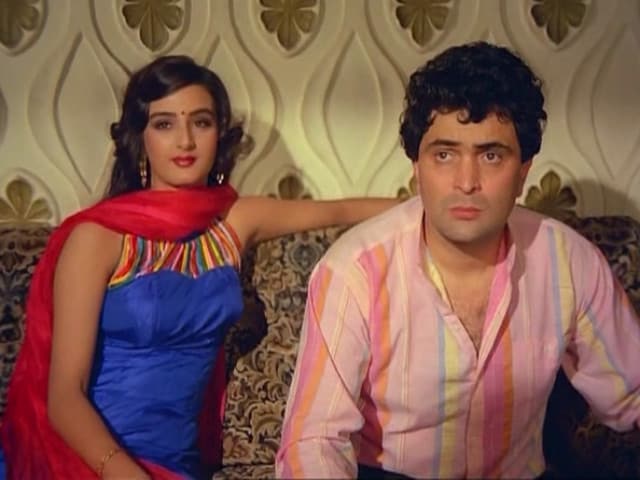 Raise your hand if you remember Farah Naaz, the actress who starred in several Nineties film and was briefly considered the next big thing in Bollywood before settling into obscurity. Farah was cast opposite the biggest actors working at the time, from the likes of Rajesh Khanna to Aamir Khan, Sunny Deol and Govinda. Farah Naaz's star had descended when her younger sister Tabu made her debut and became a bonafide star. Now, in a tweet, Farah's former co-star Rishi Kapoor has paid her one of his typically back-handed compliments, describing her as "one of the prettiest heroines and a wonderful actor" but that she was "eccentric, would have been big if she was professional." He didn't explain in what manner Farah Naaz had been unprofessional nor what prompted the tweet.


One of the prettiest heroines and a wonderful actor Farah Naaz,elder sister of Tabbu. Eccentric,would have been big if she was professional pic.twitter.com/ftM6zMBpFI

Mr Kapoor and Farah Naaz starred in films like Naseeb Apna Apna and Izzat Ki Roti.
Farah's debut film was 1985's Faasle, directed by Yash Chopra, no less, and co-starring Sunil Dutt, Farooque Shaikh, Deepti Naval and Raj Kiran. Farah was cast opposite fellow debutant Rohan Kapoor, son of singer Mahendra Kapoor. Rohan's career never took off but Farah's did, with roles in hit films like Love 86, Baap Numbri Beta Dus Numbri and Who Phir Aayegi. In the mid-Nineties, her movies began failing at the box office and, after a spate of flops, Farah Naaz changed gear to television. She continued to make sporadic big screen appearances, right up until 2004's Hulchul and 2006's Shikhar.
Now 48, Farah Naaz is married to actor Sumeet Saigal. She is divorced from actor Vindu Dara Singh.