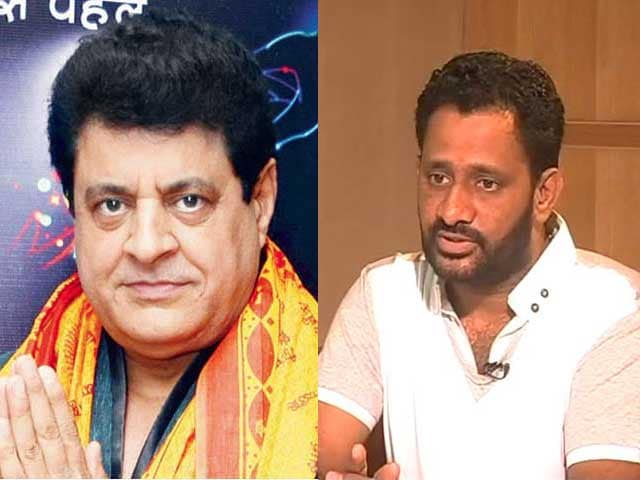 "A person like Gajendra Chauhan, who doesn't even understand the philosophies of a film institute, who hasn't been a part of any main stream industry - to me, this is not what an aspiring student from a village or a city, when he filled up the FTII application, negotiated," Resul Pookutty said

Actor Gajendra Chauhan's controversial appointment as chief of the Pune-based Film and Television Institute of India or FTII has been criticized by a distinguished alumnus, Oscar-winning sound engineer Resul Pookutty.
Mr Pookutty, 44, was in FTII's graduating batch of 1995 and told NDTV that he objected to the appointment on the grounds that the FTII chief needs to be able to serve as a source of inspiration to students, something he doesn't think Mr Chauhan is qualified to do.
"A person who passes out from FTII is a struggler. He wants to become either an Adoor Gopalakrishnan or a Ritwik Ghatak or a Santhosh Sivan, who have proved the highest standard of film making in the country and globally. A person like Gajendra Chauhan, who doesn't even understand the philosophies of a film institute, who hasn't been a part of any main stream industry - to me, this is not what an aspiring student from a village or a city, when he filled up the FTII application, negotiated. A person who becomes a chairman of an institute or a governing council should be able to inspire the students. They should look at him/her as aspiration to what they want to become in their life. I don't think the present council and its members and its chairman, who is appointed by the government of India, is anything to be aspired for," Mr Pookutty said.
"I think that it is cheating. A government cannot cheat its people," was Mr Pookutty's verdict.
The appointment of Gajendra Chauhan, best known for playing Yudhishthir on TV serial Mahabharata, has been met with wide-spread criticism because of the actor's perceived lack of credentials and his affiliation with the ruling BJP. Students of FTII marched in protest through the streets of Pune on Wednesday.
"I don't know if students of FTII or other students who are supporting the agitation can demand anything. The government has its own way of functioning. We can only advise the government that there are certain things that have gone wrong in the way they have conducted the whole exercise. We can only put the facts across to them. There are so many IITs in the country, so many IIMs but only one FTII which is a premier institute in the field of cinema globally. It's one of the best five film institutions in the world. We can only tell them only the facts. I do not think we can bargain with the government. The government can make an error, it's human to make errors. This is a chance for us to correct those errors," Resul Pookutty said, adding a disclaimer to the effect that he didn't want to politicize the issue.
He also noted that students have been demanding greater autonomy in the functioning of FTII for the last 15 years. Specifically, they want the institute to be moved out of the purview of the Information and Broadcasting Ministry and under academics and academicians. "Four years ago, I had handed over a note to then IB minister Ambika Soni about making an FTII act through which FTII become an autonomous body and a university of its own and that has not been considered," Mr Pookutty told NDTV.
Resul Pookutty is best known for his work on Slumdog Millionaire for which he won the Oscar for Best Sound Mixing.