Revathi: Margarita, With a Straw Will Be 'Shocking' For Some 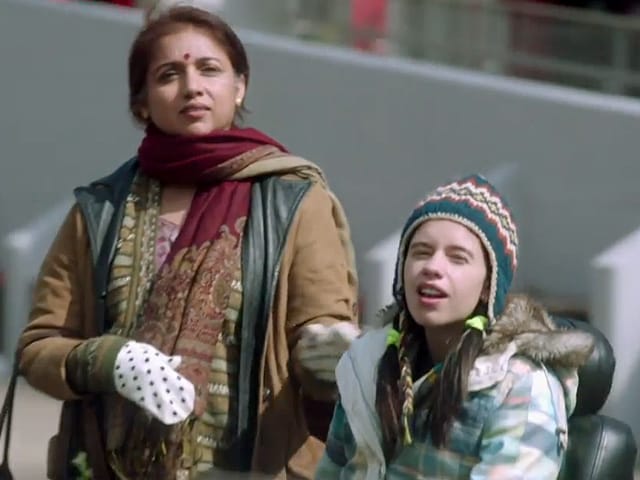 A still from Margarita, With A Straw

"If you have a disabled person in your family, you will relate to the film," said Revathi

Actress-filmmaker Revathi, who will be next seen in Kalki Koechlin's Margarita, With A Straw, feels that urban audiences will like the film.

In the film directed by Shonali Bose, Kalki plays a young woman suffering from cerebral palsy. The film has been appreciated on international platforms as well.

Revathi feels that the urban audience will like the film and it will also be "shocking" for some.

"If you have a disabled person in your family, you will relate to it. It's a very truthful film. It's so real that everybody will connect with it. It's a family story," she told IANS.

Asked about all research that went behind the film, Revathi said "I did a film called Anjali 21 years ago that was directed by Mani Ratnam. In the film, my daughter Anjali was disabled. I had done research at that time and since then, I am a volunteer in an organization. I do have knowledge about it and it's nothing new for me."

"When I heard the story, I felt that it is about something that I know. So, I was happy to do it," she added.

The film that also stars Sayani Gupta. Margarita, With A Straw is slated to release on April 17.