Revealed: The Actor Who Will Play Mulayam Singh Yadav in Biopic 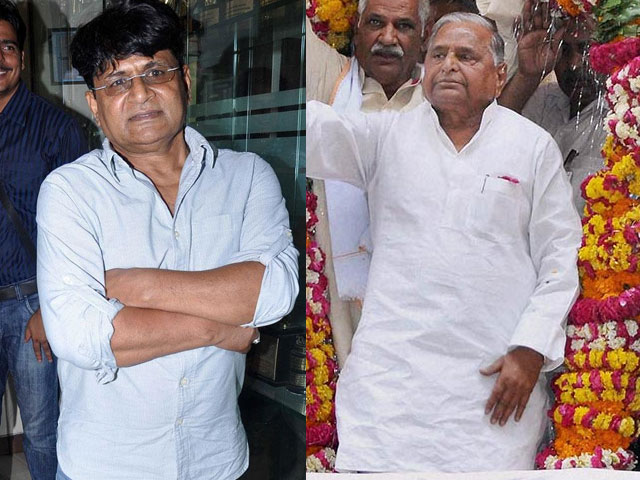 The life and times of politician Mulayam Singh Yadav will get a big screen treatment with a biopic on the Samajwadi Party leader, starring Raghubir Yadav, in the works.
The muhurat of the film, titled Netaji - Mulayam Singh Yadav will be done by Mulayam Singh's brother, senior cabinet minister Shivpal Yadav on August 12.
Scriptwriter Ashok Yadav, who is also a minister of state in the Uttar Pradesh government, said the film would be directed by Vivek Dixit and produced by Mr Dixit, Sandeep Shukla and Sarvjeet Singh.
"Famous character artist Raghuvir Yadav will portray the role of Mulayam and its muhurat will be performed by PWD minister Shivpal Singh Yadav tomorrow," Ashok Yadav said. He also disclosed that permission for making the biopic has already been taken and it would be shot in Lucknow.
The minister also revealed that since Mr Yadav's native village Saifai had changed over the period of time, therefore the movie would be shot in some other place, which resembled the surroundings of his childhood.
The biopic would depict Mulayam Singh's childhood, his life and political struggles, Ashok Yadav further revealed.