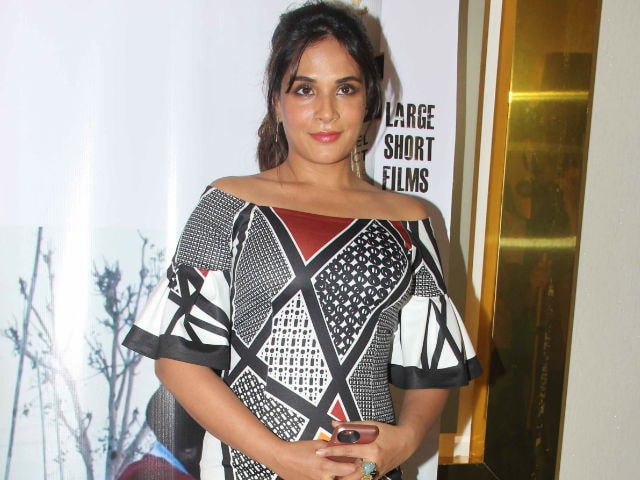 Richa Chadha at the screening of Khoon Aali Chithi in Mumbai.

Actress Richa Chadha debuted as producer with short film titled Khoon Aali Chithi. The 30-year-old actress told news agency PTI that she wanted to be a producer right after her breakthrough film Gangs of Wasseypur. "I wanted to produce something right after Gangs of Wasseypur. I was 24-years-old at that point of time. I said can we invest some money? I had no manager, nothing. Everyone shot me down and said, 'You're so young and stupid, you won't be able to do anything'," she said. Richa Chadha made her Bollywood debut with 2008 film Oye Lucky! Lucky Oye! and two years later she was cast in Anurag Kashyap's Gangs of Wasseypur series.
Richa Chadha, best known for her work in Fukrey and Goliyon Ki Rasleela Ram-Leela, said: "I want to encourage young people to come forward and take charge. We have something which the previous generation didn't - the Internet. There is a huge democracy in that. There is so much scope. Go out there and make your content," reports PTI.
Of her experience with Khoon Aali Chithi, Richa told PTI: "Producing the film was really amazing. It made me look at things from the other point of view; where I am wondering 'Why are actors so expensive, so much money needs to be spent on them, vanity van, make-up'."
Richa Chadha also starred in critically acclaimed film Masaan, which received a standing ovation at the Cannes Film Festival. Last year, she featured in Omung Kumar's Sarbjit, co-starring Randeep Hooda and Aishwarya Rai Bachchan.
Richa Chadha's upcoming films are Aur Devdas and Fukrey 2. She also starred in Pooja Bhatt's Cabaret, which hasn't released yet.
(With PTI inputs)