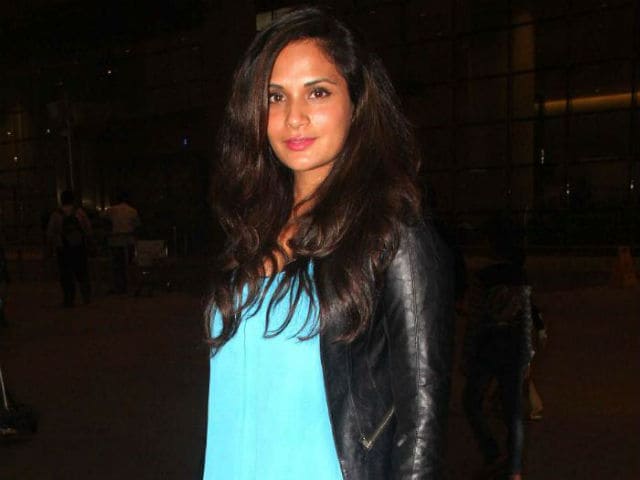 Sarbjit, directed by Omung Kumar, is a biopic of slain Indian Sarbjit Singh. It stars Randeep Hooda as the Indian who died in a Pakistani prison. Aishwarya Rai Bachchan plays his sister, Dalbir Kaur. Richa Chadha plays the role of Sukhpreet Kaur, Sarbjit's wife. Sarbjit is scheduled to release on May 19

A new still of Richa Chadha from her upcoming film Sarbjit has been doing the rounds of social media. In the film, which is a biopic of slain Indian Sarbjit Singh, Richa plays the role of Sukhpreet Kaur, Sarbjit's wife.
In the image, Richa, 27, is seen carrying a baby on her back as she pastes a poster of her missing husband on a wall.


Richa Chadha in a new still from the movie Sarbjit. The movie also stars Aishwarya and Randeep @bollywood


This was the surprise . @RichaChadha_ look in the movie .. pic.twitter.com/YQDQ5Ln1Gr