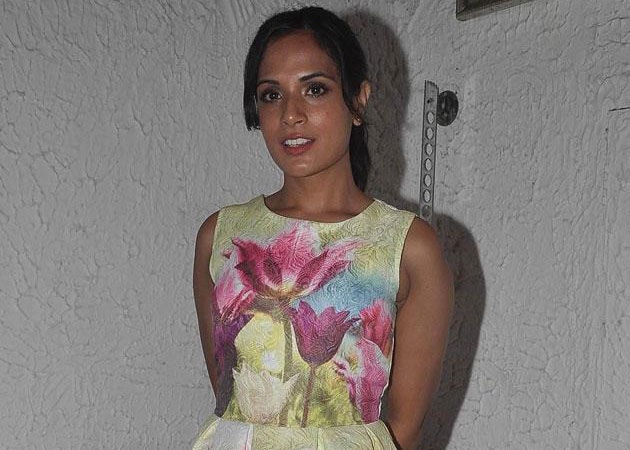 Richa says she enjoys participating in plays in free time

Richa says Baghdad Ka Ghulam was a very special play for her as she was spotted in it and got cast for Oye Lucky! Lucky Oye!

Gangs Of Wasseypur actress Richa Chadha, who has carved a niche for herself in the Hindi film industry, utilises her free time to participate in plays because she feels the medium enhances her acting skills.

After travelling to cities like Bangalore and Mumbai with her play Trivial Disasters, the Delhi girl recently staged the theatre production in Delhi along with Kalki Koechlin, Purab Kohli and Cyrus Sahukar.

"When you have two to three free months, and you want to improve as an actor, it's (play) a good way to keep your craft alive. You get a chance to have live interaction with the audience," the actress, who essays the role of a married Delhi woman in the play, told IANS.

She especially enjoyed performing in the Capital as her family members and friends are here. "It was nice. I always wanted to perform on home ground. My family and friends came to see it," said Richa, who is now based in Mumbai.

She has been a part of many plays in the past, but she considers Baghdad Ka Ghulam as the most special. "It is special because I was spotted in it and got cast in Oye Lucky! Lucky Oye!," she said.

Since her Bollywood debut in 2008 with the comedy-drama, which also featured actors Abhay Deol and Neetu Chandra, she has made a mark in the film industry.

Known for her rustic charm, she won many hearts with her act in movies like Fukrey and Goliyon Ki Raasleela Ram-Leela. And now, she is shooting for Sudhir Mishra's next in Lucknow. "It's a political thriller loosely based on the classic story of Devdas. We have just started shooting in Lucknow and I am glad to be a part of it," she said.

While the movie, which also stars Rahul Bhatt, is still in the filming process, she will soon be seen in Tamanchey with Nikhil Dwivedi. Richa was also seen on the popular TV show 24, produced by Bollywood actor Anil Kapoor, last year and says it was "great fun".

But she doesn't want to take up TV projects. "I did a cameo on the show. It's difficult to give so much time to television when you are committed to film projects. TV takes a lot of time. That's the only reason why I don't do television," she said.