Sridevi, Madhuri, Priyanka and Karisma stood out among the sea of celebrities

Expectedly, the reception held last night turned out to be a series of Manish Malhotra outfits, each on a different celebrity

It's been a year of high-profile weddings and, as 2014 packs its bags, it's not done yet. Riddhi Malhotra, sister of director Punit and niece of designer Manish, just married fiance Tejas Talwalkar in Mumbai and the wedding was a high fashion parade of sorts.

Expectedly, the reception held last night turned out to be a series of Manish Malhotra outfits, each on a different celebrity. Actresses Sridevi and Priyanka Chopra showed up in the hottest of pinks, with actress-VJ Sophie Choudhry for company. Sridevi accessorized her embellished pink lehenga with heavy-duty earrings. Both Priyanka and Sophie wore saris with abbreviated blouses. 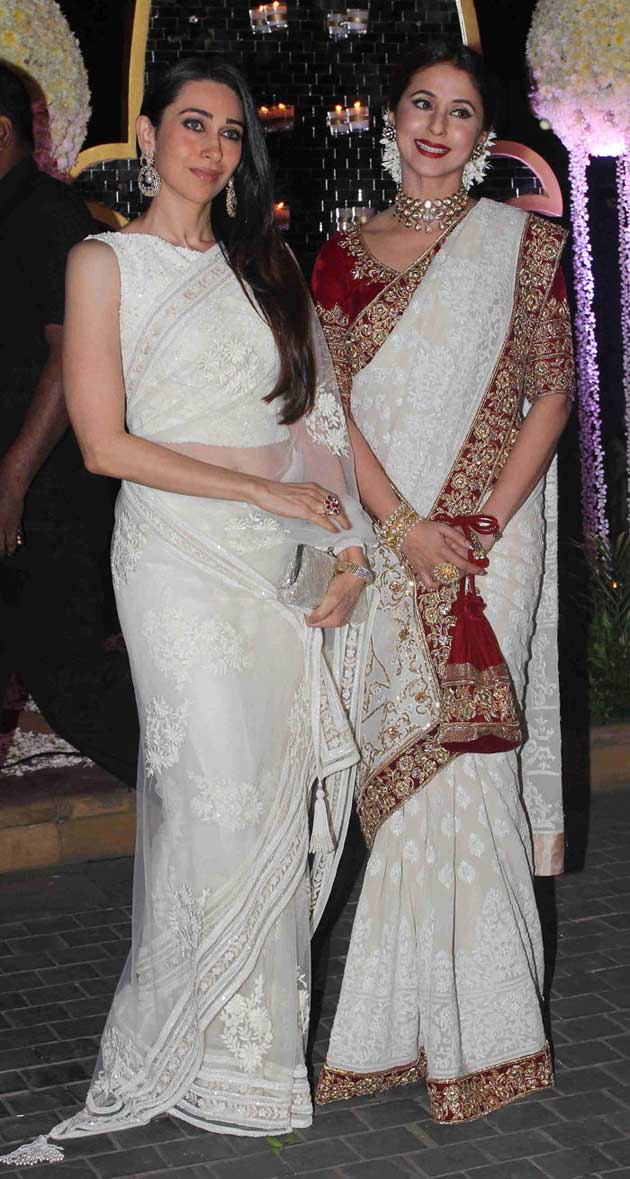 Madhuri Dixit looked rather lovely in a green and gold sari. Heropanti actress Kriti Sanon wore a lehenga from Manish's Mijwan collection in yellow and pink. Raveena Tandon's sari was a riff on the same colours - a yellow veering towards chartreuse and pink. 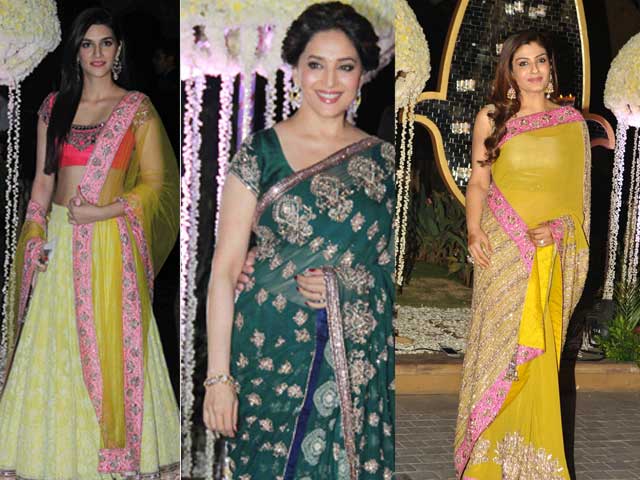 There were more than a handful of celebrities who didn't pick Manish Malhotra for their wedding finery. Actress Rekha wore one of her traditional Kanjeevarams. Vidya Balan wore a red and purple patola sari by Gaurang Shah. Esha Gupta wore a midriff-baring lehenga by Anju Modi. Juhi Chawla wore white and gold Sabyasachi while Neha Dhupia wore black and gold Anita Dongre. The belle of the ball, however, was former actress Twinkle Khanna in elegant and restrained white and gold, designer unknown. 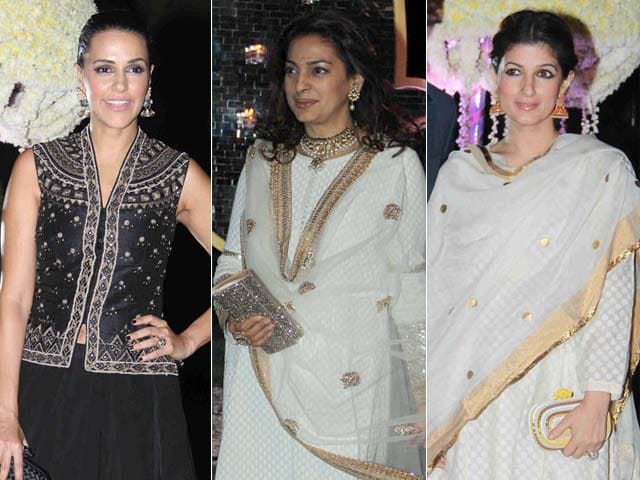 The bride, presumably dressed by her uncle, and groom posed for a picture with the Malhotra men. 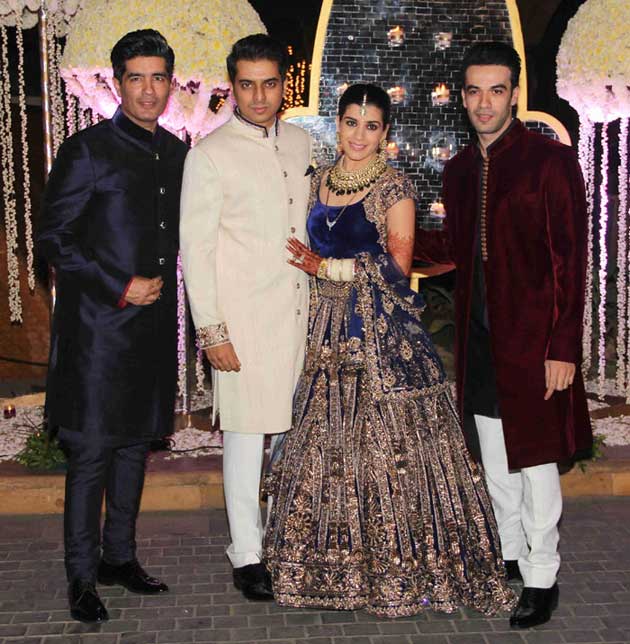