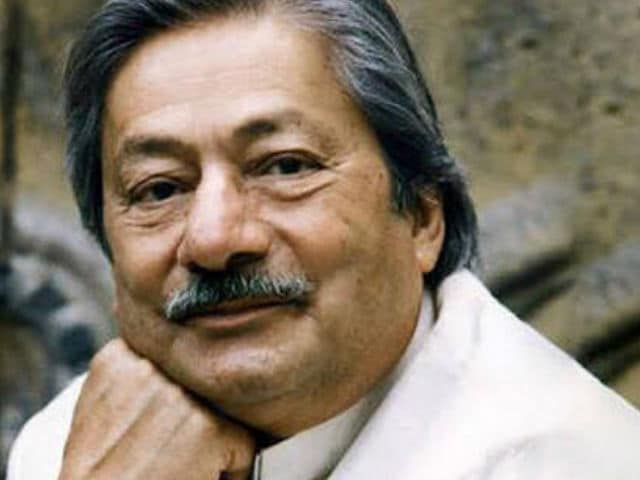 This image was posted on Facebook by Shaheen Aggarwal

"Saeed Jaffrey was a multifaceted actor whose flair and versatility will always be remembered," read a tweet from Prime Minister Narendra Modi's office. Actor Rishi Kapoor, Saeed Jaffrey's co-star in films like Henna, Ajooba and Saagar, also tweeted: "R I P. My friend, my colleague of several films"

Veteran actor Saeed Jaffrey died at the age of 86, his niece Shaheen Aggarwal announced in a Facebook post on Sunday. Mr Jaffrey was greatly respected for his performance in films at home such as Shatranj Ke Khiladi, Mandi and Masoom. He was also much feted for his appearances in international movies like Gandhi and A Passage To India.
On Twitter, Mr Jaffrey was remembered with fondness and admiration. (Also Read: Saeed Jaffrey, Star of Shatranj Ke Khiladi, Dies at 86)
A tweet from Prime Minister Narendra Modi's office read:


Saeed Jaffrey was a multifaceted actor whose flair & versatility will always be remembered. Deepest condolences on his passing away: PM


Sad demise of versatile actor Saeed Jaffrey is a big loss to film industry. For decades, he enthralled us with his class apart acting. #RIP


Saddened at the passing away of veteran actor Saeed Jaffrey. End of an era. Condolences to his family and friends

Shekhar Kapur, who directed Mr Jaffrey in Masoom, was among the earliest to offer his respects:


Goodbye dear Sayeed. Started my career with u in Masoom. Cant forget ur kindness n enthusiasm for your art n others. https://t.co/NFlWdNIhl0


Saddened by the demise of versatile actor #SaeedJaffrey ji. Had a privilege of working with him as a Asst Director. Condolences 2 his family

Sad to hear about the demise of #phenomenal#veteran actor #SaeedJaffrey. May his soul #RestInPeace . #RabRakhapic.twitter.com/Ayy4QxTPjZ

Heard that #SaeedJaffery passed away. Represented India in a fine way as an actor. Unsung but always remembered

Heard about the sad demise of #SaeedJaffery sir. There'll be none like him. He always used 2 light up screen with his performances. #RIP sir

Never met him, but deeply saddened by the news of #SaeedJaffrey's demise yesterday. #RIP sir, you will be missed.

Never met Mr. Saeed Jaffrey outside of all the amazing men he brought alive on screen...a class actor. Heavens are in great company today..

Rest in eternal peace Jaffery Sahib...i will always cherish the pleasurable times we spent shooting together.