Rishi Kapoor Finds Himself on a Plane With a Former Heroine 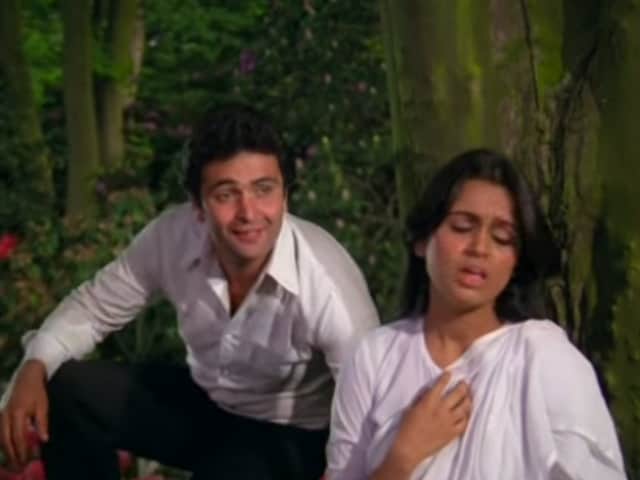 Rishi Kapoor and Padmini Kolhapure in a still from Prem Rog

Some weeks ago, Rishi Kapoor posted a photo of himself with Meenakshi Seshadri, prompting a virtual double take among his fans.

It's been a nostalgic month for actor Rishi Kapoor who seems to be hanging out with his former heroines with delightful frequency, by design or otherwise. He's been documenting it all on Twitter, of course. Some weeks ago, he posted a photo of himself with his Damini heroine Meenakshi Seshadri, prompting a virtual double take among his fans. Now, he's tweeted a picture with actress Padmini Kolhapure, with who he happened to be on a flight back to Mumbai from Hyderabad.
Mr Kapoor, who was in Hyderabad to attend an award show, tweeted:


Flying with the Padmini Kolhapure from Hydrabad. After years! pic.twitter.com/Kz4J2J8DWt

Padmini Kolhapure, now 49, starred with 65-year-old Rishi Kapoor in several films, beginning with 1981's Zamaane Ko Dikhana Hai which was her first film as a lead actor (she was a successful child star).
Among those who took note of Mr Kapoor's tweet was politician Omar Abdullah who responded with this:


Loved you guys in Prem Rog & Zamaane ko Dikhana Hai. Some of the lines from ZKDH are still family favourites :) https://t.co/4i9Dygh445

Mr Kapoor thanked him and sent his 'best to the family.'
However, actress-politician Khushbu Sundar received this disclaimer when she tweeted about the 'wonderful memories' she had shooting Zamaane Ko Dikhana Hai:


Hello! Did we work in ZKDH? My memory fails me to recollect sorry! https://t.co/ZDPrijJSuI

Mr Kapoor, who joked about not having recognized Meenakshi Seshadri for a moment, is not to be blamed here. We can't recall Ms Sundar, who must have been a child artiste at the time, either.
Meanwhile, Padmini Kolhapure isn't the only showbiz face Rishi Kapoor scored a photo with on his Hyderabad visit: