Rishi Kapoor is Not Ranbir's Mailbox. Get It? 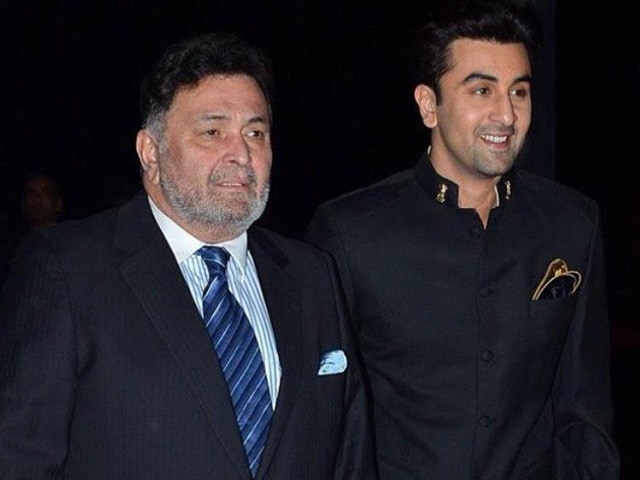 Actor Rishi Kapoor began and ended his day on Twitter yesterday by sending out disclaimers about his son Ranbir. Mr Kapoor Senior is tired of being bombarded with messages for social media-abstaining Junior.
Late last night, Mr Kapoor tweeted:

Another thing. I am Not and repeat NOT Ranbirs Post Box that you can drop messages or post them. Thank you,I remain yours truly-Rishi Kapoor

Just in case you didn't get it:

Earlier yesterday, a disgruntled Mr Kapoor issued a reminder a reminder that his son was not on social media. Ranbir Kapoor's closest encounter with Twitter so far has been a promotional appearance in January that was put out like the briefest of candles in just 24 hours. Some fans, it appears, are having trouble with this:

Hello friends.This is Ranbirs dad. Just want to state that he's not on any social platform whatsoever so please don't get fooled by any dupe

That message was important to those fans of his who still believe that he is on Twitter. I get requests and complaints regarding him. Sorry!

In between Ranbir-related utterances, the 62-year-old actor tweeted (and was tweeted to) about sweaters.

Sweaters.It was a passionate collection,over a period of time,which I used in films without repeating.This info for fans inquiring about it.

@chintskap my granny used to knit sweater n every now n then she got orders for ones in your movies. This one from Heena was most difficult

@chintskap i liked all of ur Sweaters/Woolens in films like Chandini, Henna, Deewana etc. i used buy and wear them just because of you!

@chintskap sweaters were ur trademark and after that even anil kapoor used to follow that.