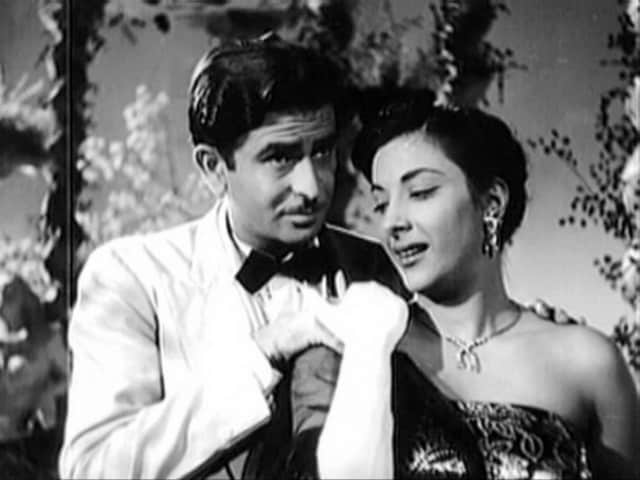 Actor Rishi Kapoor's autobiography, Khullam Khulla, reveals several colourful details about his father Raj Kapoor, including a reference to an extra-marital affair. Raj Kapoor, one of Indian cinema's most revered actor-directors, is famously supposed to have conducted a long affair with actress Nargis. Rishi Kapoor, 64, all but names Nargis when he writes, "My father, Raj Kapoor, was 28-years-old and had already been hailed as the 'showman of Hindi cinema' four years before. He was also a man in love - at the time, unfortunately, with someone other than my mother. His girlfriend was the leading lady of some of his biggest hits of the time, including Aag (1948), Barsaat (1949) and Awara (1951)." Nargis was the heroine of these films and others, like Shree 420. He describes Nargis, who is featured in the logo of the Kapoor-owned RK Studios, as Raj Kapoor's 'in-house heroine.' Nargis married actor Sunil Dutt after co-starring with him in Mother India. She is the mother of actor Sanjay Dutt.
Rishi Kapoor also writes about actress Vyjayanthimala, who denied rumours of an affair with Raj Kapoor. They co-starred in films like Sangam. "I remember moving into the Natraj Hotel on Marine Drive with my mom during the time Papa was involved with Vyjayanthimala. From the hotel, we shifted for two months into an apartment in Chitrakoot. My father had bought the apartment for Mom and us. He did all he could to woo her back, but my mother wouldn't give in until he had ended that chapter of his life," Rishi Kapoor writes.
He recalls being 'livid' when Vyjayanthimala, now 83, alleged that Raj Kapoor 'manufactured the romance because of his hunger for publicity.' Rishi Kapoor writes in his book: "She had no right to distort facts just because he was no longer around to defend the truth... But I can say with absolute certainty that if Papa had been alive, she wouldn't have denied the affair so blatantly or called him publicity hungry."
"When I finally got over the fear of my father, it was replaced by an indescribable love and respect that just kept growing, especially after I had the opportunity to work closely with him. For me, Raj Kapoor was both father and guru, the person who taught me everything I know about my craft. I worked with him in three movies, the most for any actor after Nargisji," Rishi Kapoor writes. He was directed by his father in the films Mera Naam Joker, Bobby and Heena.
Rishi Kapoor visited the Tirupati temple over the weekend in aid of his book:


Tirupati. With friends Subba Rao and Jairam this afternoon. Presented my first copy to the Lord. Feel Blessed! pic.twitter.com/X0g3W8KVd9

The title of his autobiography is taken from a song from his 1975 film Khel Khel Mein, co-starring actress Neetu Singh who he later married. Rishi and Neetu Kapoor's son Ranbir is one of Bollywood's leading actors.
(With inputs from PTI)