Rishi Kapoor's Latest Tweets Are Neither Funny Nor Rude. They're Lovely

Mr Kapoor, who is a huge cricket fan, was overwhelmed after visiting Melbourne Cricket Ground (MCG) in Australia recently. The 63-year-old actor went on a tweeting spree on Wednesday 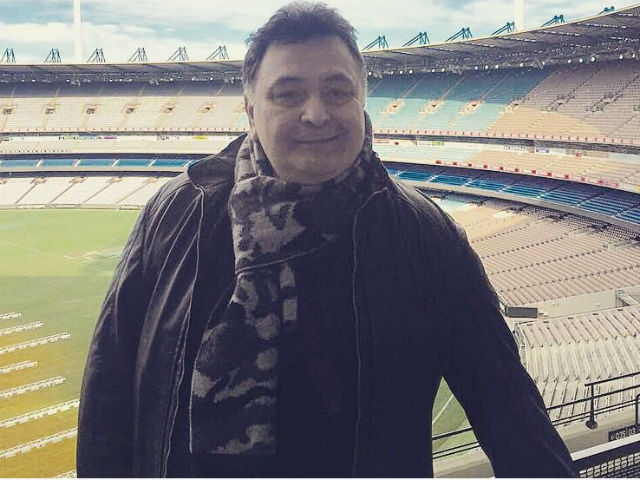 Just days ago, we complained that Rishi Kapoor's tweets were getting increasingly rude. This morning, we woke up to a series of near-worshipful posts from the Melbourne Cricket Ground in Australia.
We can almost imagine him jumping with excitement like a schoolboy after spotting references to Sachin Tendulkar, Donald Bradman and Viv Richards.
Cricket, the opiate of India's masses. We imagine little else would make the famously outspoken actor drop the irreverence:

MCG. Mecca of Cricket for me. Two giant bowlers honoured in front of the stadium. Enjoy Cricket aficionados! pic.twitter.com/MXpyMtXDZ3

I recognise two cricketers who excelled at this stadium. Viv and Nawaz. They have the top honours. pic.twitter.com/ja3cGo7btN

Wonderful MCG! What a fan moment for me. Since Radio commentary days I have been dreaming of being here. Here I Am! pic.twitter.com/NAFG7yzpRs

Rishi Kapoor, 63, was last seen in the acclaimed Kapoor And Sons.