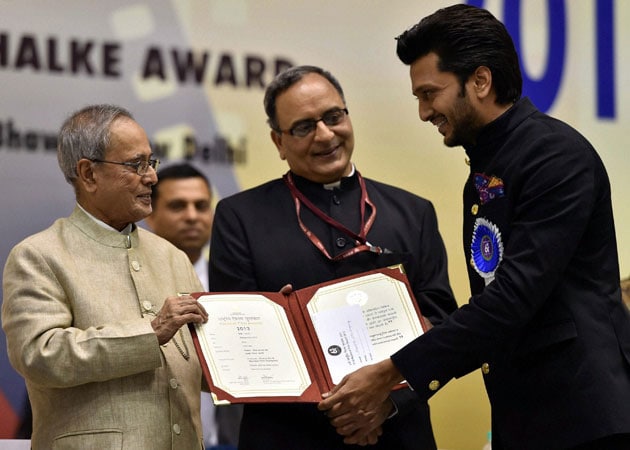 Riteish is elated after receiving his first National Award

Actor-producer Riteish Deshmukh is elated about receiving his first National Award and he has dedicated it to his late father Vilasrao Deshmukh.

Actor-producer Riteish Deshmukh is elated about receiving his first National Award for his second production venture Yellow and he has dedicated it to his late father Vilasrao Deshmukh. (Also read: In Humshakals Trailer, Three of Saif, Riteish and Ram Add up to Nine)
Riteish's second Marathi venture Yellow won the Special Jury and Special Mention awards at the 61st National Film Awards. He received the honour from President Pranab Mukherjee on May 3 at the 61st National Film Awards ceremony here.
"My first National Award. This one is for my father. He would have been proud and said with a smile, 'Well done beta'," tweeted the son of the late minister.
The Grand Masti star made his Bollywood acting debut with Tujhe Meri Kasam in 2003. It also helped him find his soul mate in his co-star Genelia D'Souza, whom he married in 2012.
Riteish turned a producer with Balak Palak in 2013.