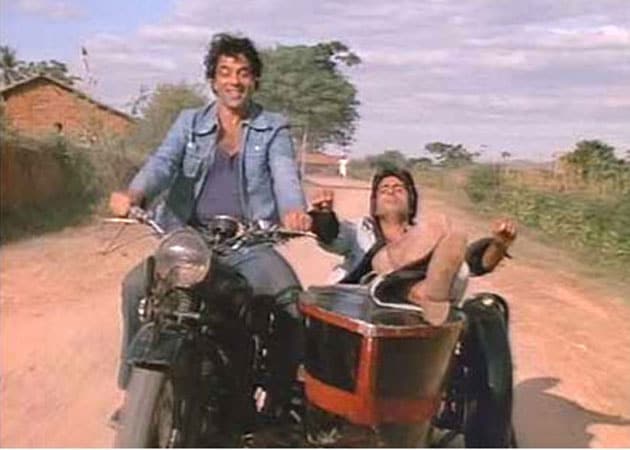 A still from the movie Sholay

The 3D version of iconic Bollywood film Sholay has cost the presenters roughly Rs 25 crores.
"Around Rs 25 crore has been spent for Sholay 3D," said Jayantilal Gada, chairman, Pen India Pvt Ltd., which is presenting the film.
Sholay, a 1975 film directed by Ramesh Sippy, featured Amitabh Bachchan, Dharmendra, Hema Malini and Sanjeev Kumar in memorable roles.
For Gada, "Sholay is my love".
"When the film released in 1975, there used to be lines outside the theatre to buy tickets and for over five years, it ran houseful. I have been licensing various rights of Sholay from 1995 till date and I will never forget what the film has given me," he added.
Maya Digital Studios worked on the 2D to 3D conversion of the film, providing an entirely new viewing experience for the audiences.