Shaadi.com approached the Bombay high court against the use of their portal's name in the Amit Roy-directed or the title 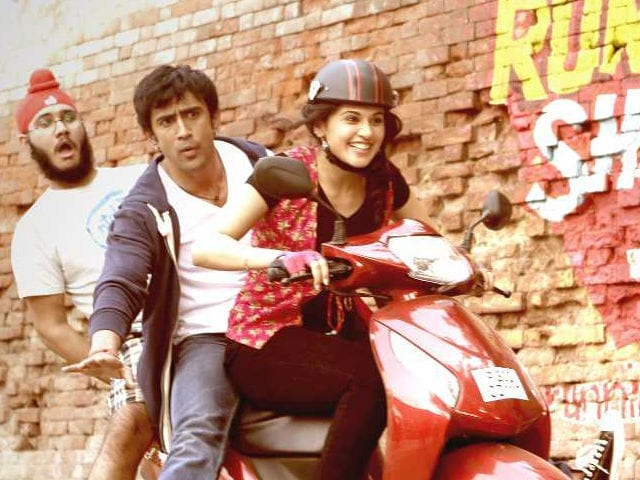 The name of Taapsee Pannu's new film had to be changed from Runningshaadi.com to Running Shaadi, after matrimonial site 'shaadi.com' complained to the Bombay High Court about it's name forming part of the film's title and asked for damages worth Rs 50 crore. Running Shaadi releases this Friday and also stars Amit Sadh. Director Amit Roy told news agency PTI, "It's very unfortunate, even though we have to respect judiciary and its decision. But I feel it is unfortunate for the filmmaker when people turn up at the last juncture of the release and they push you to a corner and your release is at stake, so many people's investments are at stake. Whether you fight the case or not, you are pushed to a corner where you have to surrender."
"There is a Supreme Court ruling that once the censor (board) gives the certificate, there should be no threatening of stopping a film's release. We should also have a system where there should be a minimum period where anyone can come up with an objection, maybe that could be a month before the release, which at least gives us some time to weigh our options, to take a legal route," he added.
Produced by Shoojit Sircar, Running Shaadi was initially meant to release almost two years ago. Actor Amit Sadh earlier told PTI: "Running Shaadi is finally coming out; the waiting period was frustrating. I have done a PhD in waiting. To wait for anything is painful and frustrating. It was supposed to come out after Kai Po Che! but that did not happen, it was to release last year but then as it is a small film so to get a right release date is a challenge."
Running Shaadi will release alongside Rana Daggubati's The Ghazi Attacks, which also stars Taapsee. The other film which releases this Friday is Arshad Warsi's Irada.
(With PTI inputs)