Saeed Jaffrey, Film Star and Shakespearewallah. A Passage From India 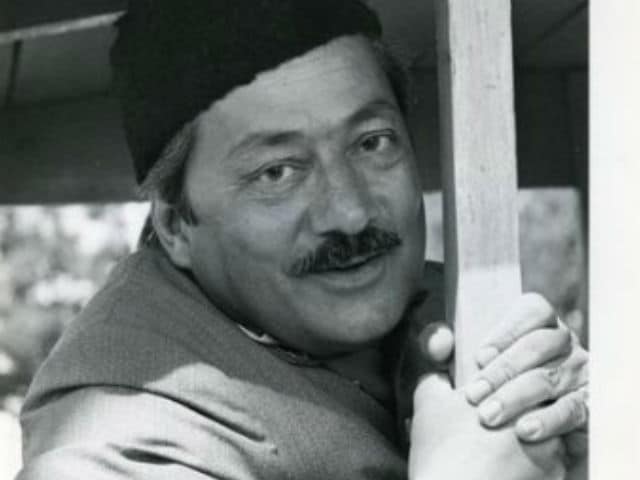 This image was posted on Facebook by Shaheen Aggarwal

Saeed Jaffrey's introduction to showbiz was on the stage. As a young actor in Delhi, he ran a theatre company named Unity Theatre. He was the first Indian actor to tour America with his theatre company, performing Shakespeare. At home, Mr Jaffrey struck a balance between critically acclaimed films and mainstream Bollywood

Actor Saeed Jaffrey, whose film credits include Shatranj Ke Khiladi and Gandhi, died at the age of 86, wrote his niece Shaheen on Facebook on Sunday. "A generation of Jaffreys has passed away," read her Facebook post.
An interview with Independent that Shaheen quoted in her post described Mr Jaffrey as an actor with "two careers: he's well-known in Britain, and he's huge in India." Mr Jaffrey was, perhaps, among the first Indian actors to have built a career of repute internationally, much before actors like Om Puri, Naseeruddin Shah, Shabana Azmi and Anupam Kher, all of whom are about 20 years or more his junior. (Also Read: Saeed Jaffrey, Star of Shatranj Ke Khiladi, Dies at 86)
It all began in Malerkotla, Punjab where Saeed Jaffrey was born on January 8, 1929. A student of history, Mr Jaffrey was an alumnus of Aligarh Muslim University, the Wynberg Allen School and the Allahabad University. He later studied at the Royal Academy of Dramatic Art in London and was awarded his second post-graduate degree, in drama, by The Catholic University of America.
Saeed Jaffrey's introduction to showbiz was on the stage. As a young actor in Delhi, he ran a theatre company named Unity Theatre, which produced plays based on the works of Tennessee Williams, Christopher Fry and Shakespeare. Mr Jaffrey was the first Indian actor to tour America with his theatre company, performing Shakespeare.
At home, Mr Jaffrey struck a balance between critically acclaimed films and mainstream Bollywood. He was directed by Satyajit Ray in Shatranj Ke Khiladi, winning a Filmfare Award for Best Supporting Actor. He starred in Mandi, Masoom and Chashme Buddoor. His masala films include Ram Lakhan, Ram Teri Ganga Maili, Dil and Aaina . His international CV contains names equally illustrious as Ray. In Gandhi, he played Sardar Patel, working under the stewardship of Richard Attenborough and with an august cast led by Ben Kingsley; in A Passage To India, he was directed by David Lean; in John Huston's The Man Who Would Be King, his co-stars were Sean Connery, Michael Caine and Christopher Plummer; he made The Deceivers with Merchant Ivory and Pierce Brosnan; he starred with Daniel Day-Lewis in Stephen Frears' film adaptation of Hanif Kureishi's My Beautiful Laundrette, scoring a BAFTA nomination in 1985, the first Asian actor to do so. Saeed Jaffrey also appeared in the TV miniseries The Far Pavilions and The Jewel In The Crown, long-running British soap Coronation Street, and headlined the cast of sitcom Tandoori Nights. Apart from his screen career, Mr Jaffrey was the Radio Director for All India Radio between 1951 and 1956 and Director of Publicity and Advertising at the Government of India Tourist Office. Saeed Jaffrey was married to actress-author Madhur, with whom he has three children - Meera, Zia, and Sakina, also an actress. The couple divorced in 1965. In 1980, he married casting director Jennifer Sorrell, who also acted as his agent. Mr Jaffrey was the first Indian to receive the Order of the British Empire or OBE.