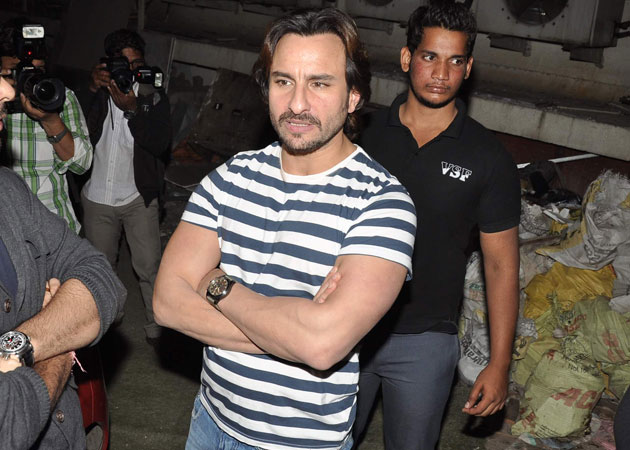 The incident happened at Wasabi restaurant inside Taj Hotel on February 22, 2012

Police, on April 30, submitted a CD containing CCTV footage of the alleged attack on an NRI businessman and his father-in-law by Bollywood actor Saif Ali Khan at a five-star hotel here in 2012.
Police also submitted the clothes worn by the actor at the time of the incident that happened at Wasabi restaurant inside Taj Hotel on February 22 that year.
"We submitted the CD and clothes to the court, which has adjourned the proceedings," said public prosecutor Wajid Sheikh.
The court of metropolitan magistrate had on March 13 framed charges against the actor and his friends - Shakeel Ladak and Bilal Amrohi- for assaulting the businessman.They were arrested following a complaint filed by the businessman Iqbal Mir Sharma after the fight at the restaurant on February 22, 2012.
The trio were later released on bail. Saif was accompanied by his wife and actor Kareena Kapoor, her sister Karisma Kapoor, actors Malaika Arora Khan, Amrita Arora and some male friends at that time.
According to police, the incident happened after Iqbal protested against the actor and his friends' loud conduct. (Also read: Saif booked for assaulting businessman, two years after incident)
Saif allegedly threatened Sharma and his father-in-law and punched the businessman in the nose, which resulted in a fracture.
The NRI businessman also accused Saif and his friends of hitting his father-in-law Raman Patel.
Saif had claimed that Sharma had made provocative statements and used abusive language against the women accompanying him, which led to the scuffle.
Police had filed a charge sheet in this regard on December 21, 2012.