Saif Ali Khan: Comedy Can be a Little Dangerous 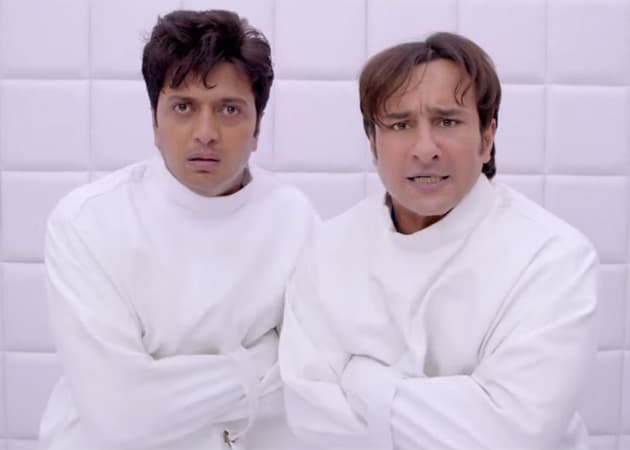 Saif will next be seen in triple roles in Sajid Khan?s Humshakals alongside Riteish Deshmukh

Actor Saif Ali Khan, who is awaiting the release of Humshakals, says comedy can be a little dangerous if not done well.
Bollywood has been high on sex comedies off late, but when asked if Saif would be game for it, he said: "It will be nice if it's funny. Comedy is a very liberating thing. Anything can be funny and I feel comedy is a little dangerous because at times there can be no respect or dignity if it's not shot well."  (Also Read: Fifa Fever for Humshakals)
"It should not be dirty. There is nothing wrong with a sex comedy because it is something people are nervous to talk about. People should talk about it," he added.
Meanwhile, the actor is busy promoting Humshakals, which also features Riteish Deshmukh, Ram Kapoor and Bipasha Basu. Saif says the film directed by Sajid Khan is for the wider audience.
"I wanted to work with Sajid and we (actors) should all come out of our comfort zone. Sajid works hard to entertain people. Humshakals is his kind of comedy and that's the idea - you have to make a film which is wider (in reach) and Sajid is one of the top names in the film industry," Saif said.
The film is slated to release on June 20 .