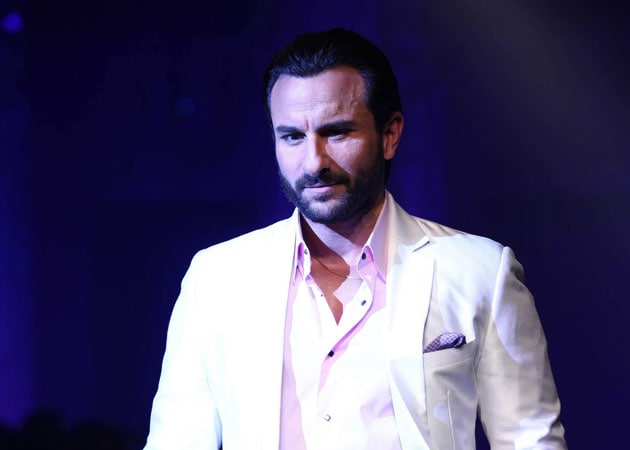 Saif Ali Khan believes he is finally in a happy space professionally.

Saif Ali Khan has overcome the initial hiccups in his career to become one of the bankable stars in Bollywood and the actor believes he is finally in a happy space professionally.
Having started his career with 1992 film Parampara, Saif Ali Khan went on to star in many forgettable films in the '90s but his career took a new course after the success of Farhan Akhtar directed Dil Chahta Hai in 2001.
The 42-year-old actor followed it up with critically acclaimed performances in Ek Hasina Thi, Hum Tum, Omkara and Being Cyrus.
Saif Ali Khan, who also runs a production house Illuminati Films and married Bollywood actress Kareena Kapoor in October last year, says he does not feel lost anymore in Bollywood.
"I feel more assured and confident about my ability. I think I can deliver what I am generally being asked to do. I feel I am one of the better actors in Bombay but I am humble about it. I am not arrogant. I am learning and I have a long way to go but I don't feel lost anymore," Saif Ali Khan told in an interview.
Saif Ali Khan believes that he has managed to create an image of being a versatile actor over the years.
"I hope I have managed to create an idea of being versatile enough to keep myself occupied and keep it interesting for the audiences," he adds.
The actor's romance with Kareena Kapoor kept the gossip columns busy for years but now that they are married .
Saif Ali Khan says he is relieved to finally concentrate on his work.
Remind him that the focus on his personal life has lessened now that they are married and pat comes the reply,"Thank God." "I think that was bound to happen. I feel relieved about that. Now, we all can get on with work. A person should be known for their work and not for their personal life. But people do have a lot of interest in actors and I don't blame them," says Saif Ali Khan.
He will next be seen playing a zombie-killer in Go Goa Gone which is releasing this Friday.
The film is directed by Raj Nidimoru and Krishna DK with whom Saif Ali Khan is doing another movie.