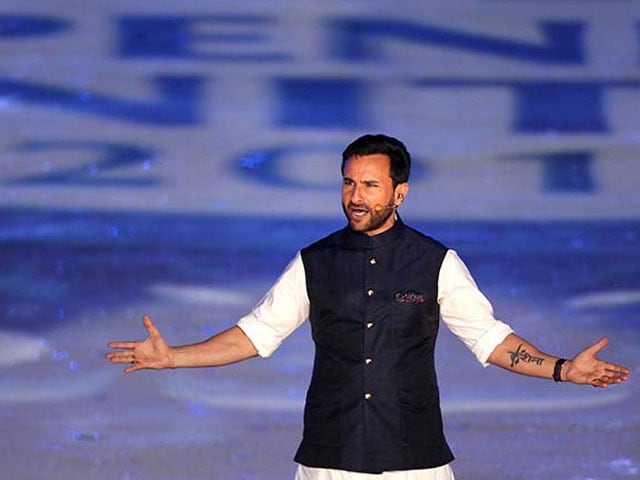 Saif at the opening ceremony of IPL 8. Image courtesy: BCCI

"I played school cricket. But I don't think I have a god's gift kind of natural genius that my father had or all our players have," said Saif

Describing himself as a "late bloomer", Bollywood actor Saif Ali Khan on Tuesday said he failed to follow his father Mansoor Ali Khan's footsteps to become a cricketer as he did not have the gift for the sport.

"I am a late bloomer. I sort of came into my own in my 30s, which I think was far too late for a cricketing career. I played school cricket. But I don't think I have a god's gift kind of natural genius that my father had or all our players have," said Saif, who was here for the Indian Premier League gala opening ceremony.

"It's a gift which you can spot early on. By the time you are 10 or 11, people can see the genius in you. Your reflexes are better than most people. But I don't think I had that gift. My gifts lie in other areas," said the National Award-winning actor.

Talking about his late father, Saif hailed the former Indian captain for playing with one eye.

"My father stopped playing international cricket when I was five years old, but I have watched him play. I remember him as a stylish batsman but his greatest feat was playing with one eye, which is quite incredible," he said.

Describing Twenty20 cricket as an interesting and exciting format, Saif said, "I think it is great that cricket, as a game, has so many forms. There is the incredible form of Test cricket which I find amazing. Then you have the ODIs and the T20 which shows cricket's flexibility."