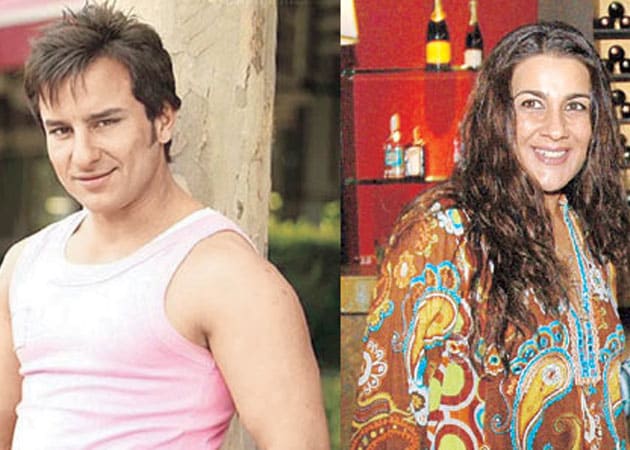 Saif's Go Goa Gone and Amrita Singh's Aurangzeb are releasing a week after each other. Image courtesy: Mid-Day.com

Saif Ali Khan and his ex-wife Amrita Singh will almost clash at the box office soon. Their films will be releasing back-to-back at the box office.
Saif's production Go Goa Gone releases on May 10, while Aurangzeb, in which Amrita stars releases on May 17.
Interestingly, both Saif and Amrita essay character roles in their films. Says a source, "Amrita has a pivotal role in the film. She is doing a film after a long time. She is very selective about the films she does."
But what Amrita had not definitely envisioned is that her film will end up competing with none other than Saif's home production.
It must be a double treat for the children of the couple, Sara and Ibrahim. Let us see who wins at the box office.