Saif Ali Khan is in No Rush to Have Kids 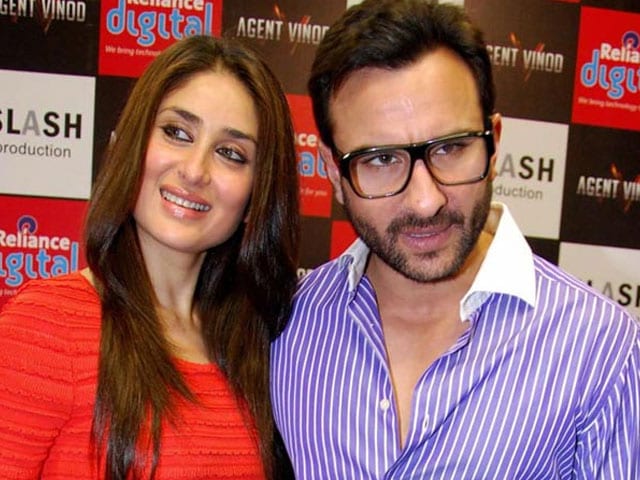 A file photo of Saif and Kareena.

Saif has two children - Sara and Ibrahim - from his former wife, actress Amrita Singh. Kareena bonds well with Saif's kids and has been often seen hanging out with them. The-45-year old actor said that he too shares a good rapport with Kareena's sister Karisma and mother Babita

Actor Saif Ali Khan said that he is in no hurry to have children with actress-wife Kareena Kapoor Khan.
"I am in no rush to become a father. Whenever she is ready," Saif told PTI in an interview.
Kareena, who married Saif in October 2012 had recently said in an interview that she wants to become a mother but not in the next two to three years. (Also Read: Why Kareena Kapoor Thinks Husband Saif is a 'Lucky Man')
Saif has two children - Sara and Ibrahim - from his former wife, actress Amrita Singh.
Kareena's latest release Bajrangi Bhaijaan was a great performer at the box office. She will next be seen with Arjun Kapoor in R Balki's Ki And Ka.
The Phantom actor said that Kareena has managed to strike a fine balance between the blockbusters and small-budget films with her roles.
"I think it is important for her to balance between huge blockbuster films where she has nice small roles and with smaller budget films that are about her. She is maintaining that balance really well. I am happy to see that," he said.
Saif also said that he likes to watch Kareena in romantic roles like her 2007 release Jab We Met.
Kareena bonds well with Saif's kids Ibrahim and Sara and has been often seen hanging out with them. The-45-year old actor said that he too shares a good rapport with Kareena's sister Karisma and mother Babita.
"I don't think we would have got married if I wouldn't have had a great relationship with them. I am fond of her (Babita). She is an honest and down to earth person. I share a good relation with Karisma as well," he said.
The Race actor also revealed that his mother-in-law likes his romantic comedies like Love Aaj Kal and Cocktail.
Saif also mentioned that both his children are free to pursue their Bollywood dreams but only after completing studies.
"I think they both want to join films. Sara is doing well in studies but she has to complete her education first. So, Sara first and then Ibrahim. I want them to have a degree first and after that they can do whatever they want," he said.