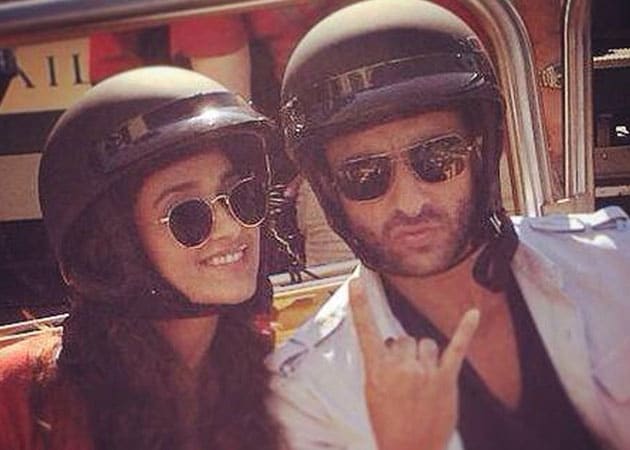 Happy Ending, directed by Raj and Krishna DK, is scheduled to release on December 5.

The first look of Happy Ending, starring Saif Ali Khan and Ileana D'Cruz is out and features the lead actors smiling into the camera wearing helmets and sunglasses. Or at least, Ileana is smiling and Saif's giving attitude.
Saif's wife Kareena Kapoor, currently vacationing in London with her husband, also makes an appearance in the film, reportedly as the ex-girlfriend of Saif's character. Preity Zinta, Saif's co-star from films such as Salaam Namaste and Kal Ho Naa Ho, also has a role in Happy Ending.
Happy Ending, directed by Raj and Krishna DK, is scheduled to release on December 5.