Saif Ali Khan Lets Out Another Detail About His Rangoon Character

At the GQ Awards night, radiating charm in his regal style, the Nawab of Pataudi was seen dressed in an off-white suit and chequered tie, as he spoke about Rangoon 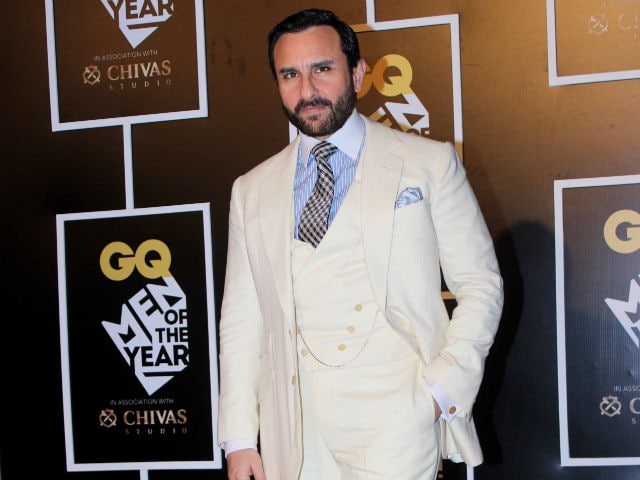 Known to be one of the most stylish men of Bollywood, Saif Ali Khan recently gushed over his experiences of his Rangoon days and said that it gave him a chance to dress up well.
"It's been a really nice experience with Rangoon. It gave me a chance to dress up as it is a period drama, set in the 1940s and my character is very well dressed. So that was good fun," said the 46-year-old father-to-be at the GQ Men of The Year Awards 2016, where he was honoured as the 'Most Stylish Man' of the year.
Rangoon, directed by Vishal Bhardwaj, also stars Shahid Kapoor and Kangana Ranaut.
The period film set during World War II, will be releasing early next year.
At the GQ Awards night, radiating charm in his regal style, the Nawab of Pataudi was seen dressed in an off-white suit and chequered tie.
The high-on-style awards night saw several from the fraternity including superstar Amitabh Bachchan with wife Jaya, Ranveer Singh, Kangana Ranaut, Tiger Shroff and several others.
(Except for the headline, this story has not been edited by NDTV staff and is published from a syndicated feed.)