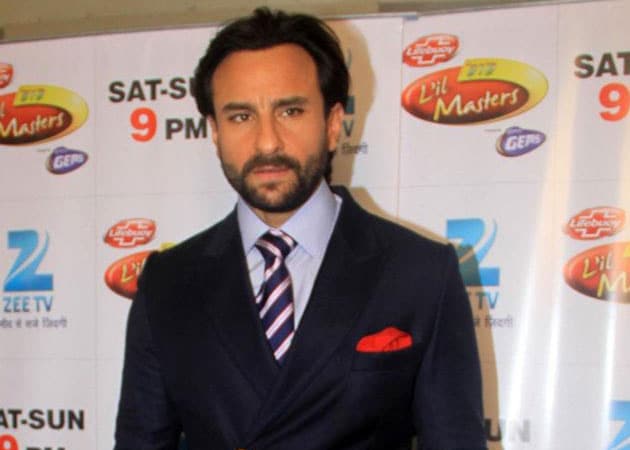 Saif Ali Khan in a still from Humshakals

Saif Ali Khan will be seen mimicking his father-in-law Randhir Kapoor in the forthcoming Bollywood entertainer Humshakals. He believes imitation is the highest form of flattery, and this is a way of honouring him. (Also Read: Kareena Kapoor Couldn't Stop Laughing at Saif Ali Khan in Drag)
"A lot of stars have been mimicked in the film. Dabbooji (Randhir) is Sajid Khan's favourite topic of imitation," the 43-year-old said here on Wednesday on the sets of Dance India Dance Li'l Masters.
"It is said that imitation is the highest form of flattery and since I respect my father-in-law a lot, we decided to honour him in the best possible way," he added.
The cast of Humshakals, barring Bipasha Basu, was present here to promote the film.
Humshakals also stars Riteish Deshmukh, Ram Kapoor, Tamannaah Bhatia and Esha Gupta. The film hits theatres on June 20.