Saif Ali Khan, Riteish Deshmukh to have three Humshakals in next 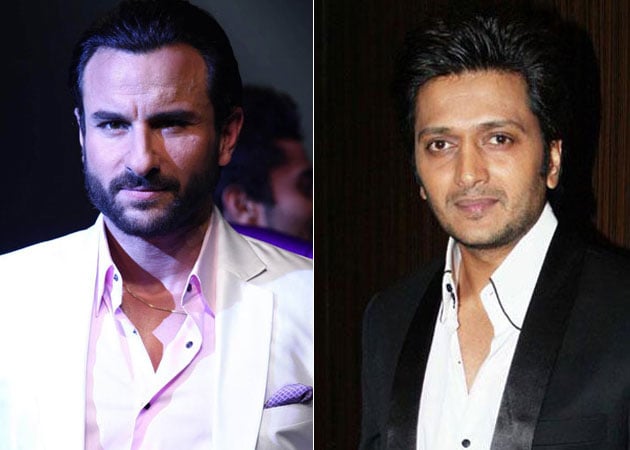 Bollywood actors Saif Ali Khan and Riteish Deshmukh will be seen playing triple roles in filmmaker Sajid Khan's next Humshakals.
The Fox Star Studios and Pooja Entertainment's film will be produced by Vashu Bhagnani.
This will be yet another comedy film from Saif following the success of his home production Go Goa Gone where he played a gun-toting zombie killer.
Saif and Riteish will be joined by TV actor Ram Kapoor, who is also playing a triple role in the comedy riot. The film is slated to go on floors in September and will be shot extensively abroad at never before seen locations. Humshakals is expected to have a worldwide release on June 6, 2014.