"Tanvi bua is very filmy. She cried when I signed the film. And Shabana masi said I am in good," revealed Saiyami 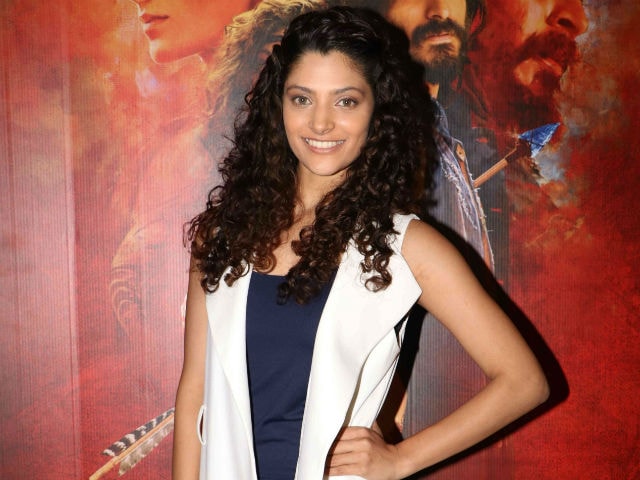 Actress Saiyami Kher says she auditioned for her debut, Mirzya, like any other struggler and did not inform her aunts Shabana Azmi and Tanvi Azmi about it as she wanted to be chosen for the film on her merit, without their help.
Saiyami comes with a film lineage-- being the granddaughter of actress Usha Kiran and niece of Tanvi and Shabana, who are both National Award-winning actresses.
"They (family) did not know I was auditioning for Mirzya. I was called for auditions like any other struggler is."
"I did not tell anyone, including Shabana masi and Tanvi bua about the auditions as I wanted to do things on my own. (But) it is always comforting as I have somebody to talk to when I am having a bad day," Saiyami told PTI.
The 24-year-old says while Tanvi got quite emotional when she signed Mirzya, Shabana was assured that director Rakeysh Omprakash Mehra will take good care of the newcomer.
"Tanvi bua is very filmy. She cried when I signed the film. She (Tanvi) has worked with Rakeysh sir on Aks and Delhi 6 and said it would be fun working with him."
"And Shabana masi said I am in good hands (referring to Mehra's direction) and that I just follow him," she said.
Saiyami added both her aunts are extremely protective about her.
(Except for the headline, this story has not been edited by NDTV staff and is published from a syndicated feed.)