Sajid Khan: I am not scared of success or failure 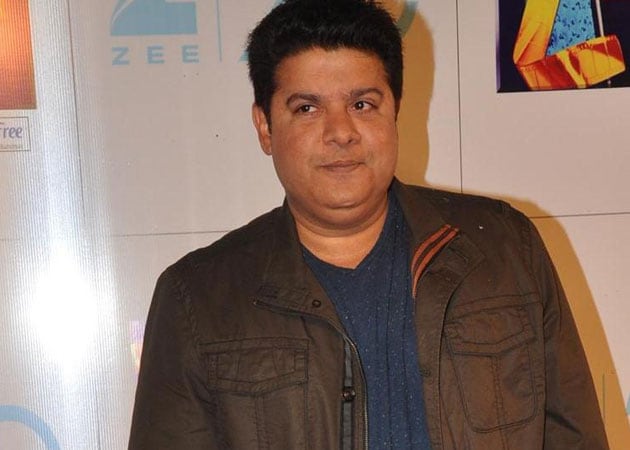 Talking about the struggles his family went through in 1950s and 60s, the director said that he never gets carried away with success.

As a child, Sajid Khan saw his father's journey from glory to gloom and admits that it taught him not to get carried away by success or guided by fear of failure.

As a child, Sajid Khan saw his father's journey from glory to gloom and admits that it taught him not to get carried away by success or guided by fear of failure.
After three back-to-back hits, his recent film Himmatwala too has struck gold at the box office.
"I have seen a lot of failure with my father. My father (Sajid Kamran Khan) was a very big filmmaker in the 1950s and 1960s. He used to make those black and white Dara Singh films. They were good films, but he never got the respect," Sajid Khan said.
"That time he didn't work with Raj Kapoor and Dilip Kumar; he used to work with Dara Singh. Although he (Dara Singh) was a big star, he was known as a B-grade stunt star. But the films were successful with the audience. But then my father saw failure and at that time I saw people who were with him suddenly disappeared," he said.
Talking about the family's struggle at that time, the actor-director said losses were big.
"We had four flats and we sold everything. We didn't even have a phone. So, I am not scared of success or failure. I don't get carried away with success. Your identity can't be success or failure. You are your own identity. I had even said that in the future my film can flop, but not me," said the director.
"The fear of failure should be there. But it should not guide you. When you get scared of failure, you start taking other people's advice very seriously... feel that there is no greater thing than destiny," he said.
After successfully hosting TV show Sajid's Superstars, he started his career as a full-fledged director with blockbuster Heyy Baby and repeated the same success with HousefullHousefull 2.
Currently basking in the glory of Himmatwala success, he doesn't approve of the person he used to be earlier.
"I used to make fun of other people's films. I used to be stupid... But when I look back at that Sajid Khan, I want to tell him to keep quiet," he said and added that he has learned a lot from his sister Farah Khan, a choreographer and filmmaker.
"I never interfered in her life. But I knew she would be an achiever. I learned a lot from her. I learned a lot in terms of how to evaluate your life. I was a crook. I used to lie and was almost in jail. But when work started coming, life became easier," he said.
Once he entered the showbiz, Sajid Khan knew he will make a film which will be successful.
"I am a safe filmmaker. When I write a story, I feel that there are some points which bring in nostalgia. I don't want to experiment. I am making films for the audience. My films have been super hits and I always knew that I will make a super hit film. I don't think it is overconfidence," he said.