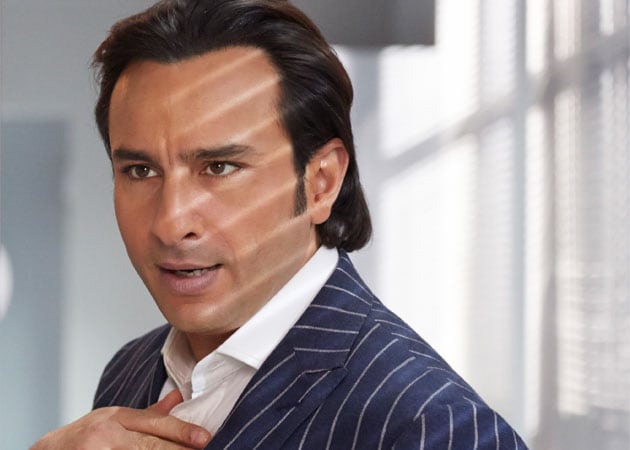 Actor-producer Saif Ali Khan has gone beyond his usual performances for Humshakals, says Sajid Khan, director of the forthcoming comedy.

Actor-producer Saif Ali Khan has gone beyond his usual performances for Humshakals, says Sajid Khan, director of the forthcoming comedy.
In Humshakals, Saif plays three different characters, all named Ashok, and all living in London. They create chaos, confusion and funny mix-ups. (Also read: Kareena Taught Me How to Pout for Humshakals: Saif Ali Khan )
The film also stars Riteish Deshmukh and Ram Kapoor in three different looks.
"At first, I wasn't sure if Saif will agree to let his hair down, and go so much beyond his usual performances for Humshakals. But he has not just surprised me, he has actually amazed me with his acts."
"It was difficult for him and Ritesh to switch from one self to the other in the span of a single day. Directing him made me laugh out loud so many times," Sajid said in a statement.
Saif, who has shown his comic side in films like Dil Chahta Hai and Hum Tum, was excited too.
"Sajid Khan knows how to make a comedy, one that attracts audiences from all age groups and backgrounds. When I was offered a chance to enact three crazy but seriously funny, and likeable Ashok, I took this up with keen interest." (Also read: Comedy Can be a Little Dangerous: Saif Ali Khan )
"Going beyond the usual is always exciting for an actor, with Humshakals, doing that has also been a lot of fun," he said.