'Salman, Aamir Khan as Wrestlers Will Help the Sport to Get Its Due' 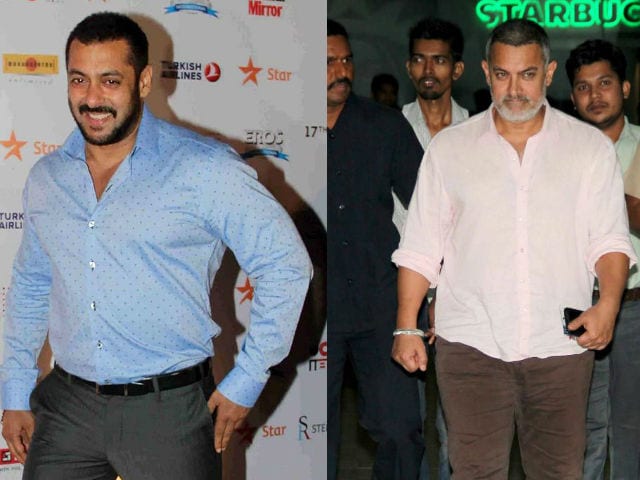 Salman and Aamir photographed in Mumbai.

Filmmaker Goldie Behl said that superstars like Salman Khan and Aamir Khan, who will play wrestlers in their upcoming films, will help the sport to get its due.
Goldie, who has been following the Pro Kabaddi League and The Football League saw immense potential in the Pro Wrestling League and was the first to bet major bucks on the Haryana team, Haryana Hammers.
Salman will play the role of a Haryanvi wrestler in Sultan while Aamir will play the role of legendary wrestler Mahavir Singh Phogat in Dangal. (Also Read: Salman Dismisses Reports of Fight With Aamir as 'Ridiculous Controversy')
"The fact that two superstars of our country are doing movies based on wrestling is a testament of how popular the sport is in our country. The sport will begin a new journey in our country and internationally also because of the Pro Wrestling League," Goldie said in a statement.
"It's an earthy Indian sport. My son Ranveer too keeps wrestling with pillows on the bed. So, it's a sport that not only appeals to the masses but also with children in cities," added Goldie.
Goldie's friend, actor Abhishek Bachchan has invested in a Kabaddi team.
"Abhishek is my brother. So, his team is like my team. He's aware of me being involved in wrestling. I've even taken some advice from him as he's been quite successful with his team," said Goldie.