Salman Khan, 47-year-old virgin. Or so he says 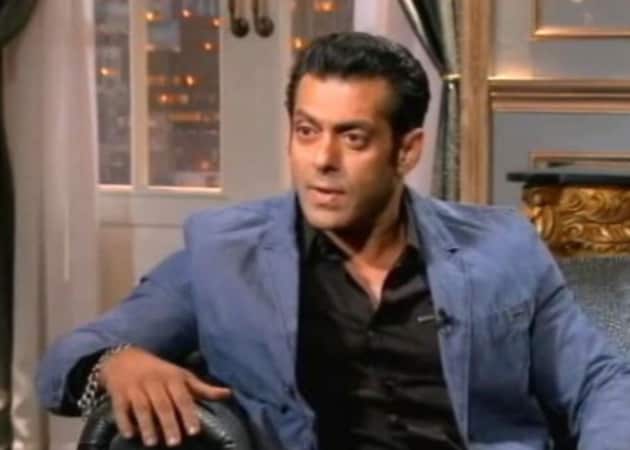 Who knew it would be Salman Khan, 47, who would be the one to leave the never-at-a-loss-for-words Karan Johar speechless?

Who knew it would be Salman Khan, 47, who would be the one to leave the never-at-a-loss-for-words Karan Johar speechless? He did it by the simple expedient of telling the filmmaker-turned-TV host on the first episode of the new season of Koffee With Karan that he had never had a girlfriend, adding for good measure: "I'm going to save myself for the one I get married to."
A frankly incredulous Karan asked him, "Are you saying you are a virgin?"
"Yes," came Salman's emphatic answer, said with a completely straight face. "I've had friends, no benefits," he threw in.
Karan wasn't going to let that pass. "Have you been holding hands all these years," he enquired.
Salman explained himself: "Tap on the back, like friends, buddies."
We didn't know about you but clearly Karan wasn't buying this story. His very next question was how did Salman handle bumping into ex-girlfriends. Salman, who had held forth on his girlfriend-free life not two minutes before this question, promptly came out with: "Some I ignore totally. I try and run away from them." Please note the use of the word 'some' - we did.
However, it's not bad manners that's behind Salman's "ignoring" of "some" girlfriends. He clarified: "Now you're somewhere else, you have your own life. I don't want in someone else's mind that thought to come into that, you know, ex-boyfriend. I don't want anything of her past coming into their lives. So I stay miles away." What a gent.
Not all ex-girlfriends are to be ignored, of course. "Sangeeta (Bijlani) is a friend. She's part of the family, she's always been," Salman said.
He's also OK with the current boyfriends of ex-girlfriends. In fact, he "thanks" them - not for taking the girls out of his life, as Karan cruelly suggested, but for taking good care of them.
Salman also left Karan reeling in the rapid fire round.
Karan: If you woke up as Ranbir Kapoor?
Salman: Salman lucky hai ya main?
Karan: At gunpoint if you were forced to have a gay encounter who would you want it to be with?
Salman: Aisi koi gun bani hi nahi hai. But just to make you feel good, you Karan. (Was this what KJo wanted to hear?)
Karan: Aishwarya or Katrina - the most stunning actress?
Salman: Aishwarya Rai Bachchan. And Katrina Kaif.
Salman's parting shot: "Karan Johar doesn't want to work with me. (That's not true, says KJo) That is true. Who have you signed next? (I haven't signed anybody, says KJo) Don't lie, you've signed Ranbir Kapoor."
This was Alpha Khan's debut appearance on Koffee With Karan. Round one to Salman.
Watch: