Salman Khan: Aamir Khan Has Sold His Transistor, Has an iPod Now 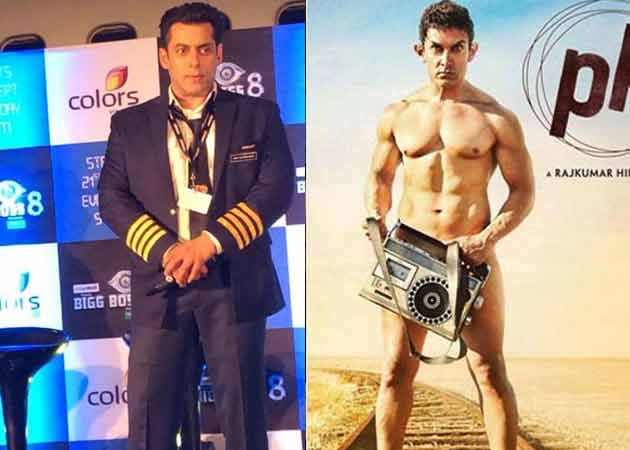 The image on the left was posted on Twitter by BiggBoss

Salman predicts the next poster of Aamir Khan's movie PK, saying the transistor covering his modesty might be replaced with an iPod next

If Salman Khan's latest prediction is to come true, then the transistor in Aamir Khan's next PK poster might be replaced with an iPod.

Salman told the press at a recent conference for Bigg Boss 8 that, "Main PeeKay bolunga. Aamir is now roaming with iPod. He has sold his transistor." Some weeks ago, Aamir had dared Salman to drop his clothes, just as he had for the first PK poster. "Salman wore the Dhoom: 3 hat for me in Bigg Boss, so now I want to see if he does this. Let's see if he can do this, he has removed his shirt, now can he remove his pants. I want to test Salman's friendship," Aamir had told news agency PTI then.

Salman and Aamir co-starred in cult comedy Andaz Apna Apna 20 years ago and have remained close friends ever since.

At the Bigg Boss event, Salman also told the press that frenemy Shah Rukh Khan and Team Happy New Year would appear on the reality show.