Katrina Kaif instagrammed a monochrome picture of herself with Salman Khan, which received more than one lakh likes in 30 minutes 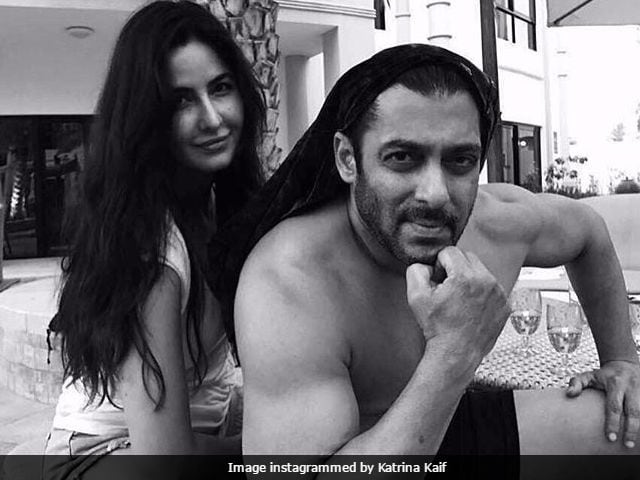 Katrina Kaif made a boring Tuesday a tad bit bright by posting a monochrome picture of herself with Salman Khan. Katrina and Salman are currently in Abu Dhabi filming Ali Abbas Zafar's Tiger Zinda Hai. Katrina posted the pic without a caption therefore one cannot be sure if it is from the sets of Tiger Zinda Hai or a throwback picture. Either case, we love it and so does the Internet. Instagram users flooded picture with likes and comments such as 'awesome' and 'Great couple tiger and tigeress (sic).' This photo of Katrina and Salman posing by the pool accounted more than one lakh likes in 30 minutes.

Meanwhile, Ali Abbas Zafar is posting film-related updates on his official Twitter handle. The director revealed that they recently completed filming a major action sequence in Abu Dhabi. He teased fans with picture and captioned it: "End of first big action schedule @TigerZindaHai in #AbuDhabi, great work by #tomstruthers & team :) . It's heating up slowly .... (sic)"

Last week Ali Abbas Zafar shared a throwback picture of Katrina and Salman from the sets of Tiger Zinda Hai. Katrina photobombed a serious looking Salman Khan like a boss:


A very serious Katrina kaif and super focused @BeingSalmanKhan on the set of @TigerZindaHai#behind the scenes. Friday Feelings :) pic.twitter.com/YC8hn5g1YT

Tiger Zinda Hai is a sequel to Salman Khan and Katrina Kaif's 2012 film Ek Tha Tiger. Salman played the role of an Indian intelligence office Avinash Rathore aka Tiger who falls in love with Zoya, his Pakistani counterpart. They elope after both their governments turn against them and the film's final sequence leaves an open ending. Ek Tha Tiger was directed by Kabir Khan.
Salman Khan is currently awaiting the release of Tubelight. Katrina's much delayed film Jagga Jasoos is expected to release soon. She also has Thugs Of Hindostan with Aamir Khan and Amitabh Bachchan up her sleeve.