Arpita shared a collage of images comprising her actor brother and five-month-old baby, Ahil and it's an absolutely delight 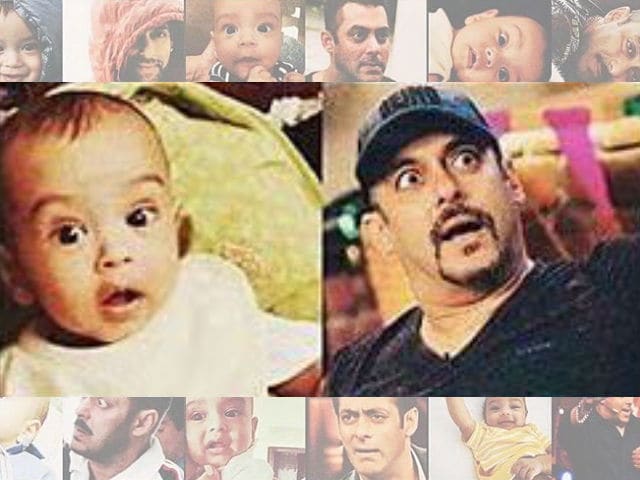 Actor Salman Khan's sister Arpita shared a collage of images comprising her actor brother and five-month-old baby, Ahil and it's an absolutely delight. In the collage, she compared Salman's various expressions to that of Ahil's and they are truly identical.
The expression varies from yawning, laughing, sleeping, sleeping upside down, surprise and oh-it's-so-cute:

As they say, like mamu, like bhanja.
Arpita and Aayush married in November 2014. Ahil, born on March 30, is their first child.
Arpita, who has no qualms sharing pictures of her toddler, has posted several other Salman-Ahil 'Aww-dorable' moments.
Lighting up the sets of Tubelight with their smiles:

Too much love in just one pic:

Jab they Met for the first time:

Salman Khan is currently filming Kabir Khan's Tubelight and will next move on to Ali Abbas Zafar's Tiger Zinda Hai co-starring Katrina Kaif. It is a sequel to 2012's Ek Tha Tiger.