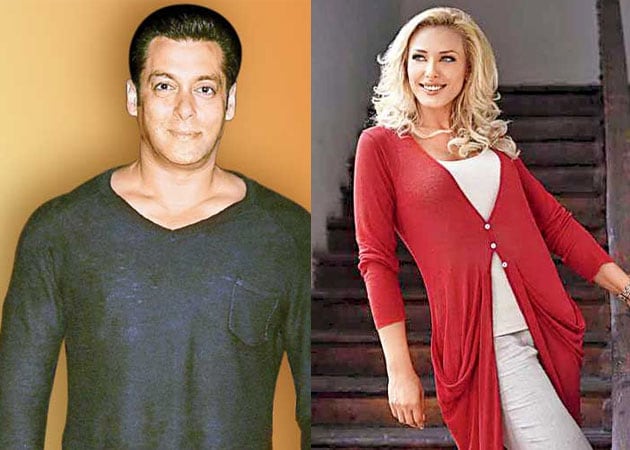 Iulia is reportedly already married to a German musician.

Salman Khan's love life has always created as many headlines as his films. And if rumours are to be believed the star has ended his alleged romance with his Romanian girlfriend Iulia Vantur.

Salman Khan's love life has always created as many headlines as his films. And if rumours are to be believed the star has ended his alleged romance with his Romanian girlfriend Iulia Vantur. And interestingly, it's being said that it was at his parents' insistence that Salman decided to call it quits.
Ever since his break-up with his alleged girlfriend Katrina Kaif, Salman had moved on with Iulia, an actress and TV presenter. The star was believed to be quite smitten with her as he allegedly even gave her a place to stay in Mumbai. But constant buzz about her being previously married started causing ripples in the Khan family.
A source says, "Iulia apparently is married to a Grammy nominated musician Marius Moga. When she was confronted about it, she kept denying the allegations. That was when Salman's family decided to step in and take charge of the situation."
And as more and more information about Iulia's past was unearthed, the Khan family apparently decided it was best if the couple parted ways. Those close to the star say that even though he had already received his visa for London, Salman stayed back in the city to sort the matter out with his family.
"He was spotted spending Eid alone with close friend Baba Siddiqui for company at a restaurant and then at a club," adds the source.' And Iulia who had earlier accompanied Salman to Hyderabad during the shoot of Sohail Khan's upcoming film is believed to have packed her bags and gone back to Romania.