The 50-year-old actor made a fashion statement with his tee shirt, which read - no, not 'Being Human' - but 'Being Bhai' 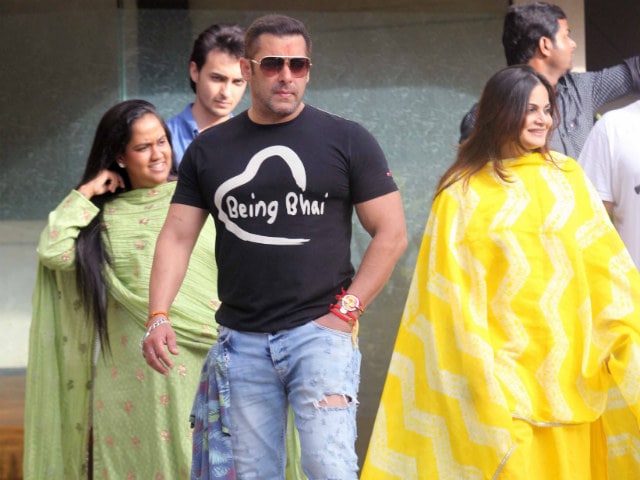 Salman Khan, Arpita and Alvira photographed in Mumbai on Thursday. 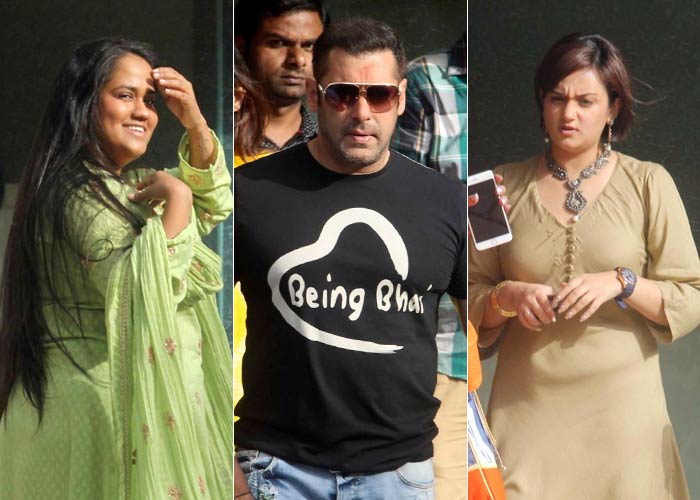 Arpita shared pictures of the festivities featuring "the best brother in the world" along with Salman's father, author Salim Khan and brother, actor, filmmaker Sohail.


Can't thank you enough for everything love you @BeingSalmanKhan the best brother in the world pic.twitter.com/huSjPb9rrr

My brother who's more like a father to me love you @SohailKhan .pic.twitter.com/2XjaB5bM4q

This was also Arpita's son Ahil's first Rakhi. What a priceless expression.

The 50-year-old actor made a fashion statement with his tee shirt, which read - no, not 'Being Human' - but 'Being Bhai'.
Awwww, Salman. 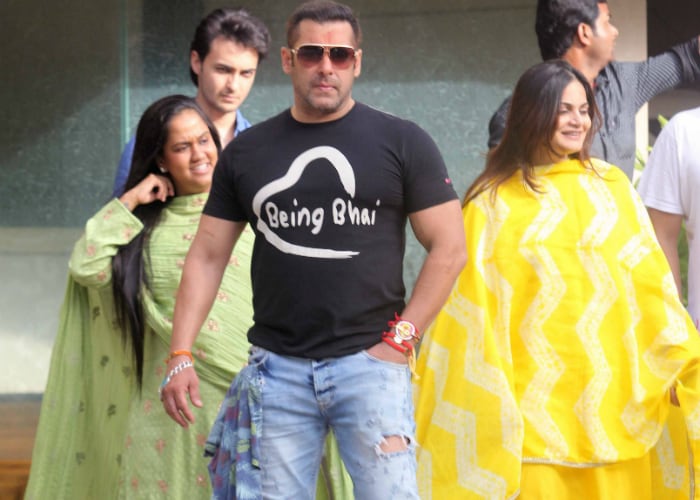 Accompanying Salman was Romanian model and TV personality Iulia Vantur. Salman is rumoured to be dating Iulia, who turned heads in a printed, floor length dress. 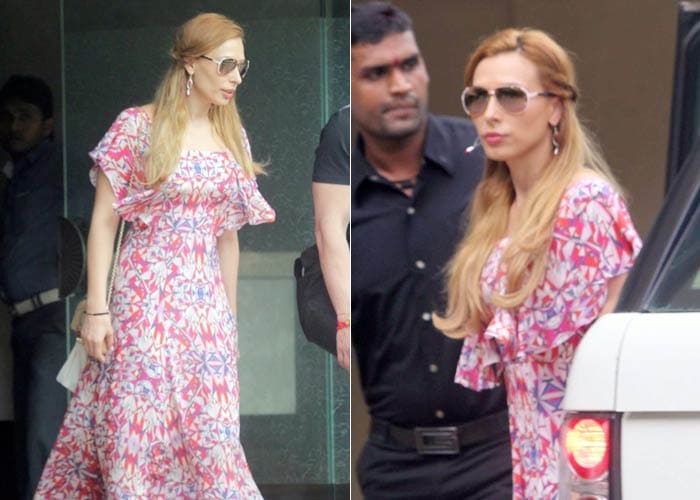 Salman was also photographed interacting with Aayush Sharma - Arpita's husband and filmmaker Atul Agnihotri, to whom Alvira is married. Salman also greeted his father with a hug. Salman's stepmother Helen was also part of the celebrations. 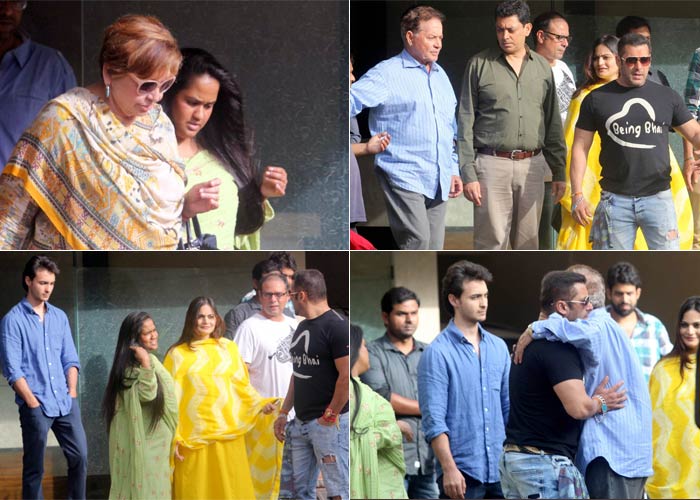 Sohail arrived with his wife Seema. The paparazzi did not spot the third Khan brother - Arbaaz or his estranged wife Malaika but her sister, Amrita Arora was photographed looking pretty in a printed dress. 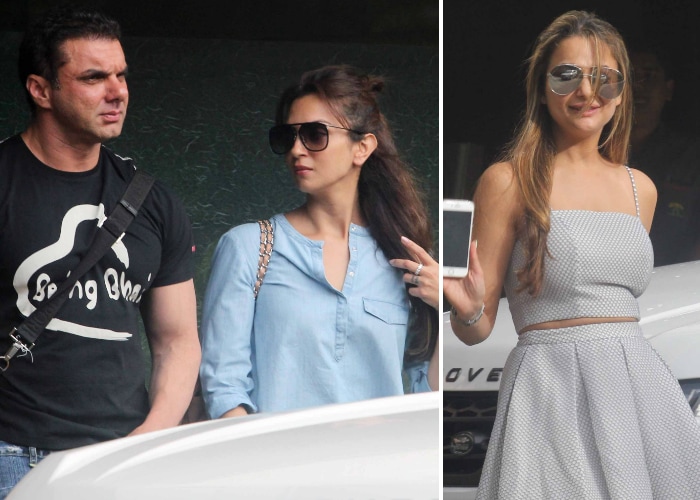 Salman Khan was last seen in wrestling movie Sultan and his next, Tubelight, will be directed by Kabir Khan.