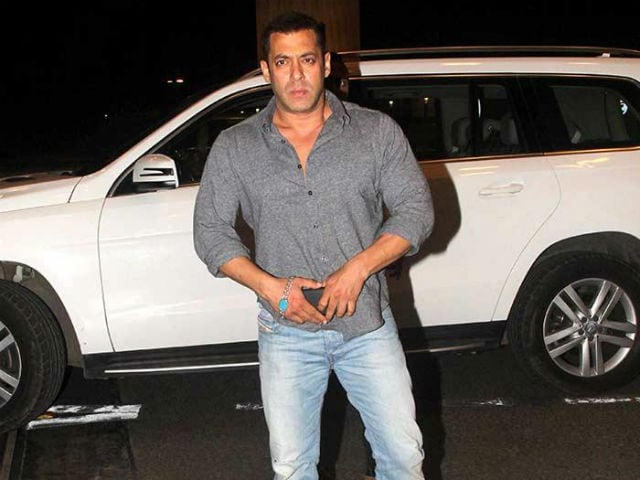 Pleading his innocence, actor Salman Khan today alleged that he has been framed by forest officials as he recorded his statement in a court here in an Arms Act case against him in connection with poaching of protected black bucks at Kankani village in October 1998.
At the beginning of the hearing, Mr Khan told the court "I am Indian and that is my caste."
Referring to a statement signed by him in which a witness Uday Raghvan had stated that he had brought the arms from Mumbai following directions from Mr Khan, the actor claimed that he had signed the statement under pressure from forest officials.(Also Read: Salman Khan Poaching Case : Actor Summoned By Jodhpur Court)
"I am innocent and have been framed by the forest officials," Mr Khan said before the chief judicial magistrate.
The court has now fixed April 4 as the next date of hearing.
Additional Public Prosecutor Dinesh Tiwari said that the court has given Mr Khan a chance to produce witnesses or evidence in support of his defence.
"If he does so, they will be examined in the court otherwise, the case will be listed for final arguments," said Mr Tiwari.
In his statement, the 50-year-old actor refuted the allegations of two other witnesses, Shiv Charan Bohra, a forest official, and Pandat Vijay Narayan, Mumbai police Inspector.
Before this, Mr Khan had appeared for recording of his statement on January 29, 2014 and April 29, 2015.
But as an undecided prosecution application surfaced and five prosecution witnesses were re-examined, Mr Khan had to appear for the third time to give his statement.
A complaint was given to the police by forest department on October 15, 1998 claiming that the licences of arms, allegedly in possession of Salman Khan during poaching of black bucks at Kankani village near Jodhpur on 1-2 October, 1998, had expired.
Acting on the complaint, the Luni police had registered a case against Mr Khan under sections 3/25 and 3/27 of Arms Act.