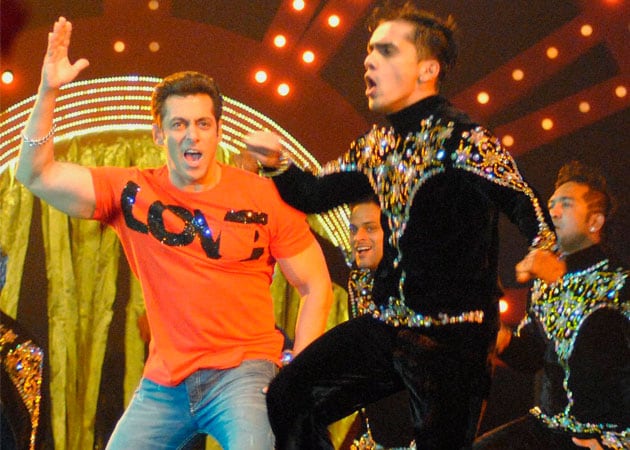 Actor Salman Khan, pilloried for performing at the Saifai Mahotsav in Uttar Pradesh where thousands of people in riot-hit Muzaffarnagar are struggling to survive, on Thursday said the event was an opportunity for him to help people.

Actor Salman Khan, pilloried for performing at the Saifai Mahotsav in Uttar Pradesh where thousands of people in riot-hit Muzaffarnagar are struggling to survive, on Thursday said the event was an opportunity for him to help people.
In a statement that followed a storm of criticism on social media, Mr Khan said his NGO, Being Human, had pledged to fund 200 paediatric surgeries in Uttar Pradesh on behalf of all artistes who performed at the event.
"Whenever I visit a place for a performance or a promotion, I see it as an opportunity to help the locals in the areas of healthcare or education," he said, detailing his organisation's work in various cities.
"In Etawah, Being Human, on behalf of all artists who performed yesterday, has committed to fund 200 paediatric heart surgeries in UP. There is already a wait list of 81 children who are being moved to Fortis Hospital Gurgaon and their surgeries will get done by the month end. Being Human is in touch with local NGOs and hospitals for their lists also."
Madhuri Dixit also took to Twitter to defend the event and had also highlighted the contributions that would be made by the artists who performed at the event.
The actress tweeted: As artists and celebrities, we believe in using our reach to help others through drawing attention to the needs of the day.
Actress Alia Bhatt's father, director Mahesh Bhatt said he had failed as a father by not stopping his daughter from dancing in Saifai.
Salman Khan, Madhuri Dixit and Alia Bhatt were among over two dozen celebrities who performed at the Bollywood night in Saifai, which closed the fortnight long event slammed for its lavish scale and poor timing.
Hours after the show, the film stars also faced the anger mainly directed at the Uttar Pradesh government's callousness.
Some of the tweets on the matter:
Joo: If u were really beinghuman u wud have reached out to the victims of UP riots.
Lalit Chaudhary: Salman is being known of helping ppl not on enjoying their grief than y Saifai. Plz calrify. I m hurt
Shikha Pandey: Did ppl actually expect politicians to have sympathy towards #saifai victims! Only if it worked this way, v wuld be living in better times.
kabir grewal: Bad move by Salman,Madhuri, Kapil Sharma,Soha...Agar thodi gairat baki hai to jo saifai mein kamaya hai use muzafarnar ja kar kharch karo!
Dr.Nazim: Yesterday's SaiFai show was unfortunate and inhuman. The money belongs to people of UP spent on Junket and lavish shows.
Abhishek Singh: @KapilSharmaK9 on your show Comedy nights..you talk & appeal for helping poor ppl in country..and on othr hand you perform in Saifai.